There Will Be Thunderstorms Which Will Shake Cities! Torrential Rain,Hailstorm In Peshawar Kills 16 Souls 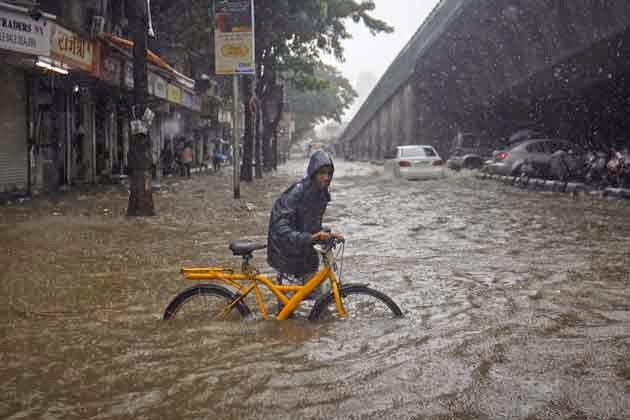 
(The Hindu) Heavy rains and hailstorms have killed at least 16 people in Pakistan’s Khyber Pakhtunkhwa province on Friday, a media report said. More than 80 people have been injured in severe hailstorms that hit Peshawar city in northwest Pakistan and wrecked havoc with life and properties in major parts of the city Friday evening, dawn online reported. The officials confirmed the death of 16 people from rain-related incidents in Peshawar. The rescue personnel have been facing problems due to choked roads and expressed fears that the death toll may increase. Taking note of the damage, Prime Minister Nawaz Sharif announced compensation of Pakistani Rs. 300,000 to the family members of each of the deceased and Pakistani Rs. 100,000 to each injured person. Mr. Sharif also directed the National Disaster Management Authority to assess the losses of people affected by rain in Peshawar and help in their rehabilitation. According to reports, 10 people, including six children and two women, were killed and 50 others injured when the roof of a madrasa and boundary walls collapsed in the city. Meanwhile, over 20 trucks of food and related materials were dispatched for the rain affected residents of Peshawar, the report said.