Several Cities Will Be Shaken Down And Swallowed Up By Earthquakes: Over 500 Dead In Zhaotong, China Earthquake 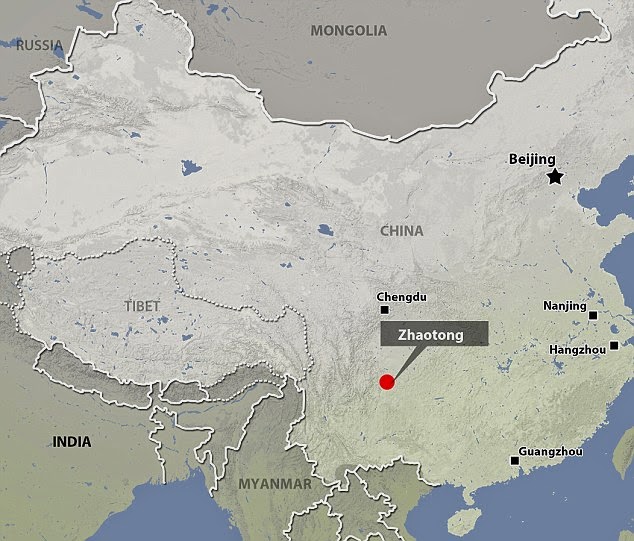 
A strong earthquake in southern China's Yunnan province has killed at least 398 people and injured more than 1,800. The 6.5 magnitude earthquake caused some buildings, including a school, to collapse in the remote mountainous region and 181 people are still missing. About 12,000 homes collapsed when the quake struck Sunday afternoon in impoverished Ludian county, around 230 miles northeast of Yunnan's capital, Kunming, China's official Xinhua News Agency reported. Ma Yaoqi, an 18-year-old volunteer in the quake zone, said by phone that at least half of the buildings had collapsed on the road from the city center of Zhaotong to the hardest hit town of Longtou. The rest of the buildings were damaged, she said. 'I saw dead bodies being wrapped in quilts and carried away,' said Ma, who had arrived with 20 other volunteers Monday. 'Some were wrapped with small quilts. Those must be kids.' Daily Mail Read More>>>>>>