There Will Be Thunderstorms Which Will Shake Cities: Flood Rishikesh, India 5 Souls Perish 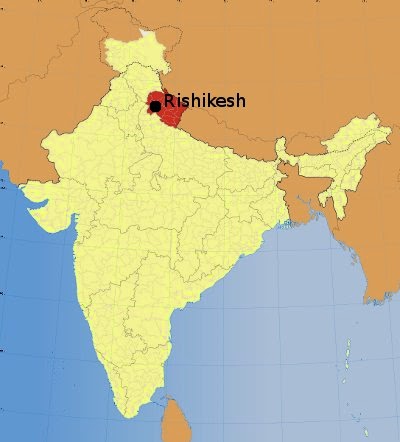 August 2014 (Business Standard) Rain continued in isolated areas of north India, including in Rajasthan, where Army had to be called in for flood rescue, and in Uttarakhand where five persons were killed in rain-related incidents, even as Delhi and some other parts experienced hot and humid weather today. Extremely sultry and hot weather prevailed in the capital a day after rains lashed most parts of the city. According to the MeT department, humidity levels oscillated between 57 and 92 per cent during the day, causing discomfort to the people. Today's maximum temperature was recorded at 36 degrees Celsius, three notches above normal, while the minimum settled at 25 degrees, a notch below normal. In Rajasthan, Army has been deployed in rescue and relief work in Kotkhawda area where roads and houses were inundated following heavy rainfall in the past couple of days. According to officials, situation in Kotkhawda near Jaipur was improving since rain stopped last night. However, light to moderate rainfall continued in several other parts of the state. Chittorgarh recorded maximum of 41mm rainfall, followed by Dabok 11.4-mm. Ajmer, Kota and Jodhpur also received rain today among other places of the state, MeT officials said. Heavy rainfall for the past couple of days in Rajasthan's Kota district has caused breach in Abhayapura dam, flooding nearby villages. The district administration has sounded alert in the affected villages and people in about 20 villages near the dam have been asked evacuate their homes.