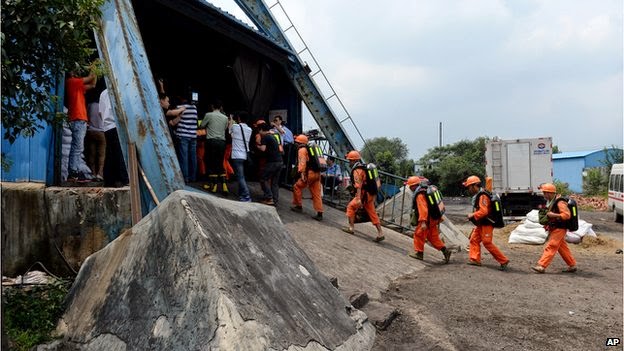 An explosion in a Chinese coal mine has killed two workers and trapped 25 others underground, according to state media. The blast at the privately-owned mine in Huainan city resulted in part of a tunnel collapsing, trapping workers. Twelve others were rescued. The cause of the blast is being investigated. State-run news agency Xinhua said that the Dongfang Coal Mine had ignored a local government order to suspend production due to the flood season. China Central Television said that most of the miners trapped underground were in their 40s. BBC Read More>>>>>