Ecuador Earthquake Triggers Huge Landslide: At The First Blow Of His Thundering Sword, The Mountains And All Nature Will Tremble In Terror! 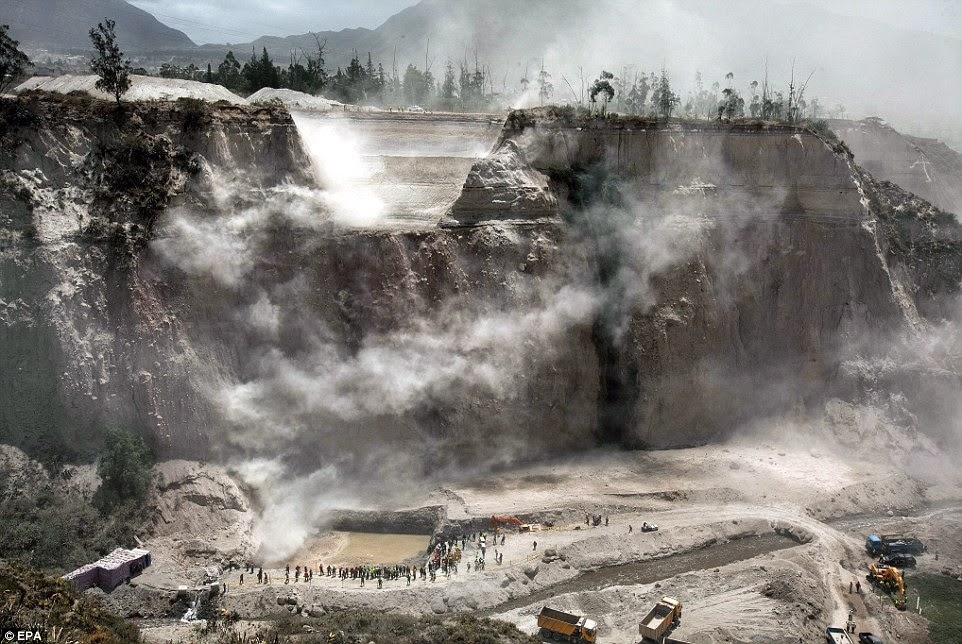 
“At the first blow of His thundering sword, the mountains and all Nature will tremble in terror, for the disorders and crimes of men have pierced the vault of the heavens. Paris will burn and Marseilles will be engulfed. Several cities will be shaken down and swallowed up by earthquakes. People will believe that all is lost. Nothing will be seen but murder, nothing will be heard but the clash of arms and blasphemy.Our Lady of La Salette 19 Sept. 1846 (Published by Mélanie 1879) 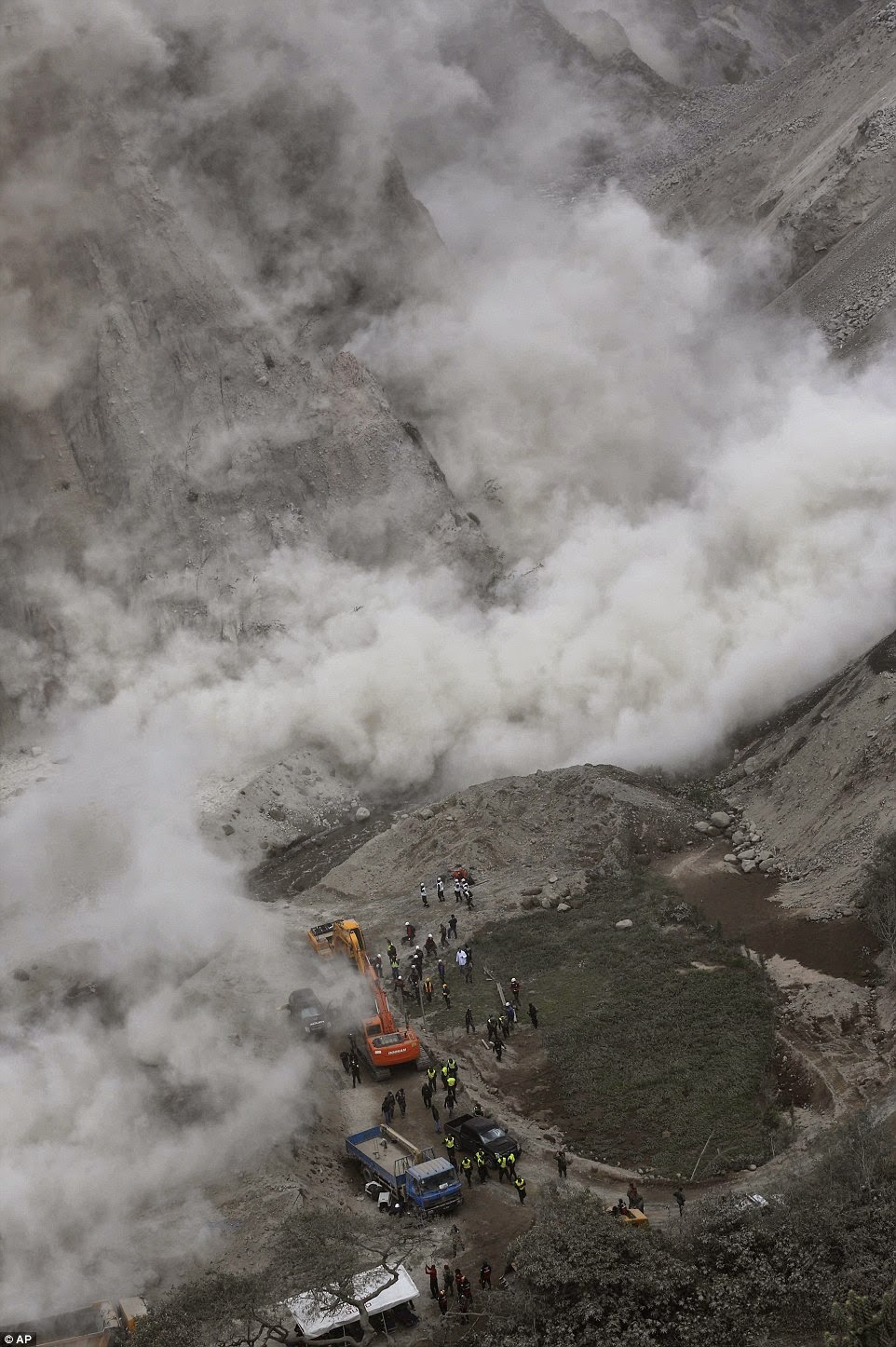 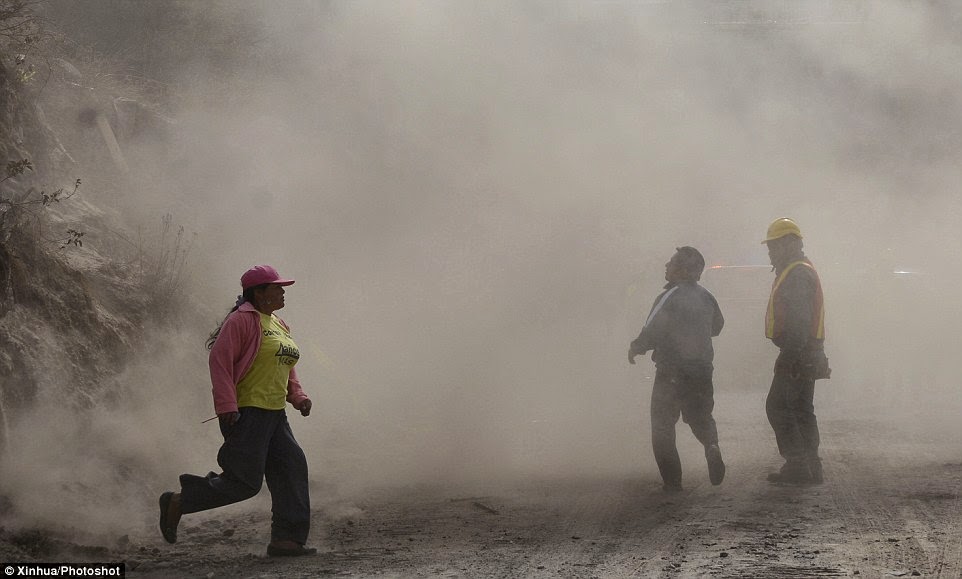 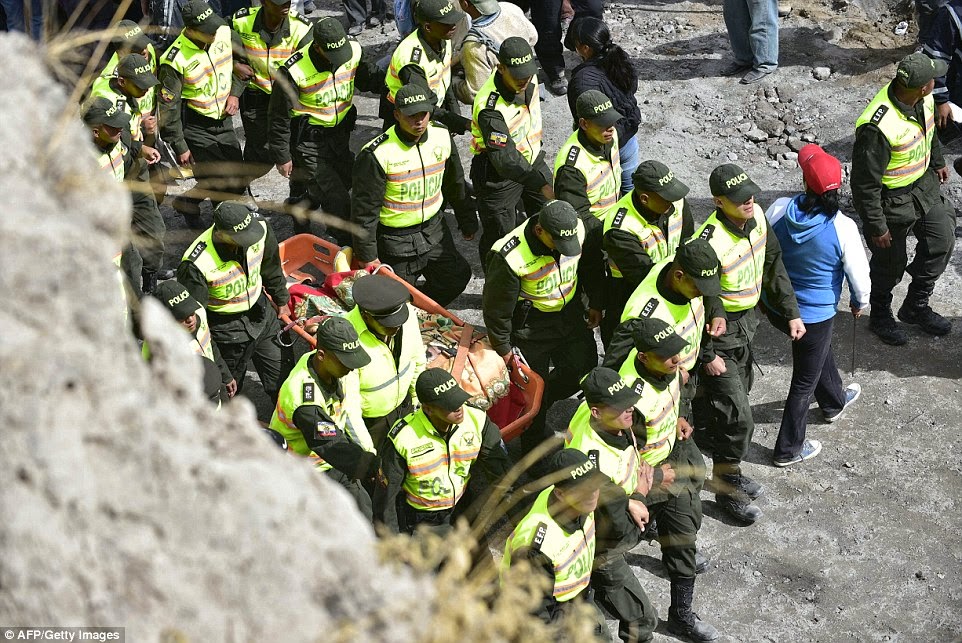 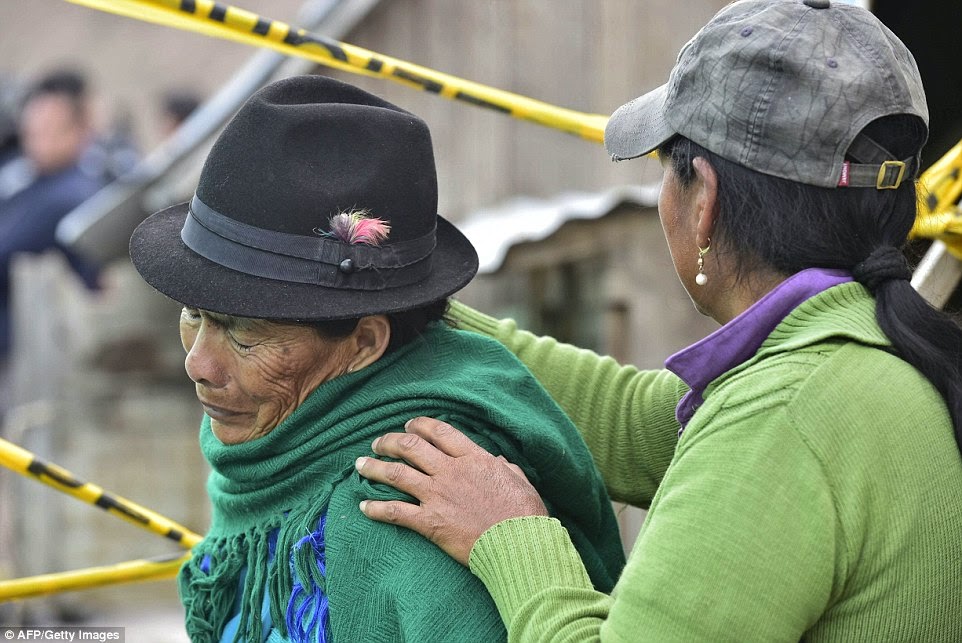 With dust billowing into the sky, this is the moment a hillside crumbled to the ground at a busy construction site in Ecuador killing two workers and injuring eight more. The hillside collapsed after an earthquake triggered a landslide at a quarry site in Ecuador, seven miles north of the capital of Quito. It killed two employees of a Chinese contractor that works for the city. Eight more were injured. A further three people are still missing from the quarry after the landslide in the Catequilla area of the country, near the Equator. One victim, who has yet to be identified, died in a health facility in Catequilla. Another, a four-year-old boy, died in a different area of the capital. He was killed when sacks of rice fell on top of him, according to the mayor of Quito, Mauricio Rodas. Mr Rodas, mayor the city, said: 'We have four victims to lament.' Eight other people were also injured because of the shallow earthquake that set off at least 44 medium-intensity aftershocks since it struck on Tuesday. The US Geological Survey said the quake was centred 14 miles northeast of Quito at a depth of 4.8 miles. At least 44 medium-intensity aftershocks have been registered since the quake struck. Located along the so-called 'Ring of Fire', a horseshoe-shaped, seismically turbulent area of the Pacific Ocean, Ecuador is prone to earthquakes. Daily Mail Read More>>>>>