Pope Francis' Dialogue Kills In Japan! Hiroshima Landslide Kills Hundreds Of Souls - One Year Ago To The Day Pope Francis Met With Students From Japan And Underscored The Value Of Dialogue As A Proponent Of Peace! 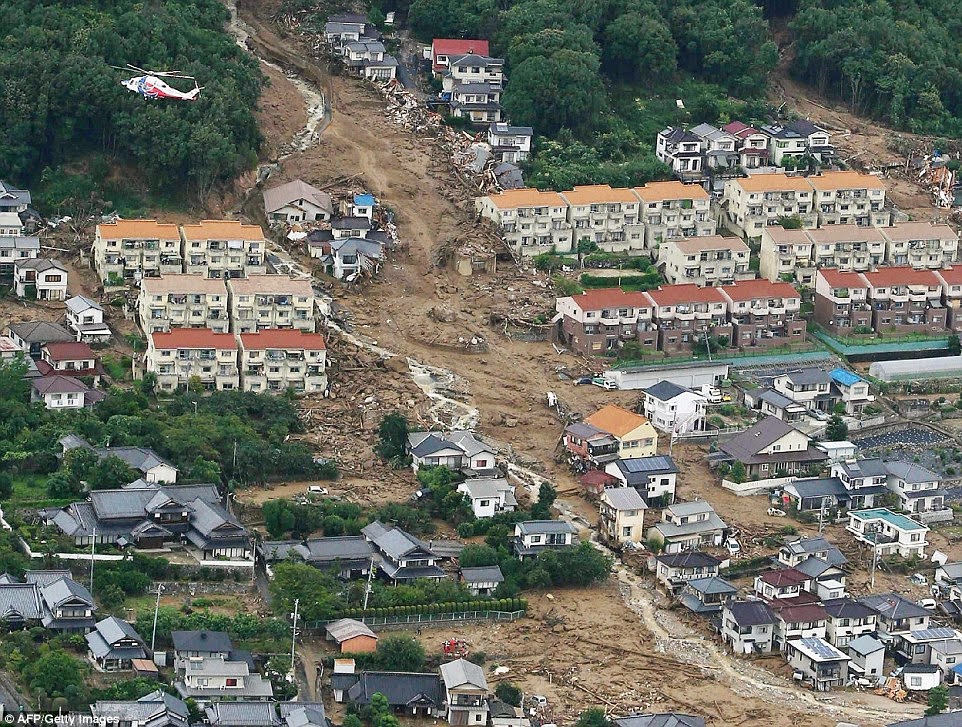 In the San Damaso courtyard of the Apostolic Palace, the Holy Father greets students and teachers from the Bunri Seibu Gakuen Junior High School College of Saitama, Tokyo, Japan, and underscores the value of dialogue as a proponent of peace.

It is quite clear that you understand Italian!...

I welcome you! Your visit gives me pleasure. I hope that this journey will be very fruitful for you because becoming acquainted with other people and other cultures always is always good for us, it makes us grow.

And why does this happen? It is because if we isolate ourselves we have only what we have, we cannot develop culturally; but, if we seek out other people, other cultures, other ways of thinking, other religions, we go out of ourselves and start that most beautiful adventure which is called “dialogue”.

There is of course a danger. If during dialogue someone closes himself in and grows angry he may start a fight; there is the danger of conflict and this is not good, because we talk to each other to find ourselves and not in order to quarrel.

And what is the deepest approach we should have in order to dialogue and not quarrel? Meekness, the ability to encounter people, to encounter cultures peacefully; the ability to ask intelligent questions: “But why do you think like this? Why does this culture do this?”. Listening to others and then speaking. First listening, then speaking. All this is meekness. And if you do not think in the same way as I do — but you know... I think in a different way than you, and you do not convince me — and yet we are friends, I have understood how you think and you have understood how I think.

And do you know something, something important? This dialogue is what creates peace. It is impossible for peace to exist without dialogue. All the wars, all the strife, all the unsolved problems over which we clash are due to a lack of dialogue. When there is a problem, talk: this makes peace. This is what I hope for you in this journey of dialogue: that you come to know how to dialogue; how does this culture think? How lovely that is! I don’t like this — but in dialogue. This is how we develop. This is my wish for you and I also wish you a good visit in Rome.

I wish you the very best, for yourselves, for your school and for your families. God bless you all! Thank you.

We are happy to have had the chance to meet you and to listen to your words: we shall now put what we heard you say into practice in our lives. We would also like to thank you for having granted us a little of your valuable time.

TOKYO (AP) — Japanese police said the death toll from rain-triggered landslides on the outskirts of Hiroshima city rose to 39 on Thursday with 51 people still missing, as search efforts continued in the devastated area. Hillsides caved in or were swept down into residential areas in at least five valleys in the suburbs of the western Japanese city on Wednesday, crushing dozens of houses after heavy rains. Hiroshima prefectural police said 39 people were confirmed dead and 51 others were missing as of midday Thursday. The Fire and Disaster Management Agency said 23 people were injured, 13 seriously. A police official, who spoke on condition of anonymity in line with official policy, said there was a possibility of some inaccuracies in the tally. About 2,500 police and military personnel searched for the missing in the mud-covered areas. Hiroshima city officials have faced criticism because their initial evacuation advisory came an hour after the first mudslide. Officials said their response was delayed because the land collapsed so quickly at multiple locations. Landslides are a constant risk in mountainous, crowded Japan, where many homes are built on or near steep slopes. Torrential rains early Wednesday apparently caused slopes to collapse in areas where many of the buildings were newly constructed. Hiroshima's geology, consisting of highly water-retentive soil, makes the city particularly prone to such disasters, experts say. 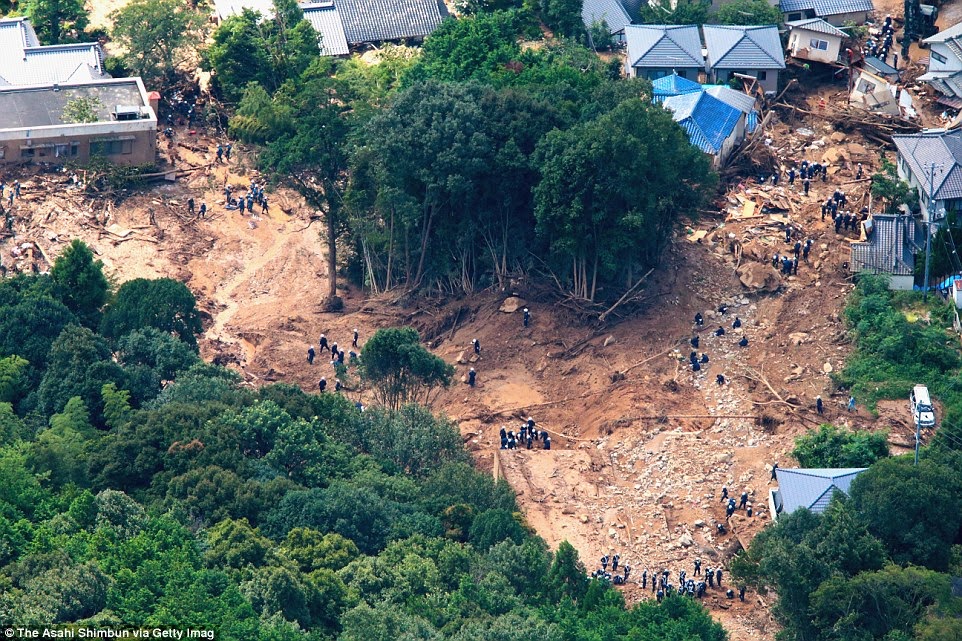 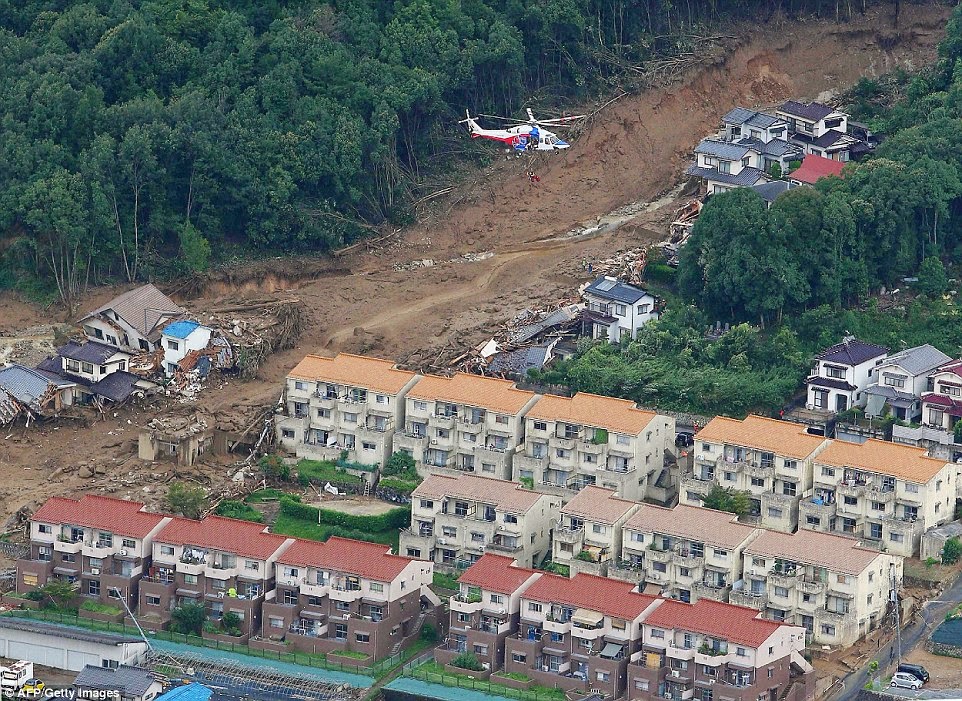 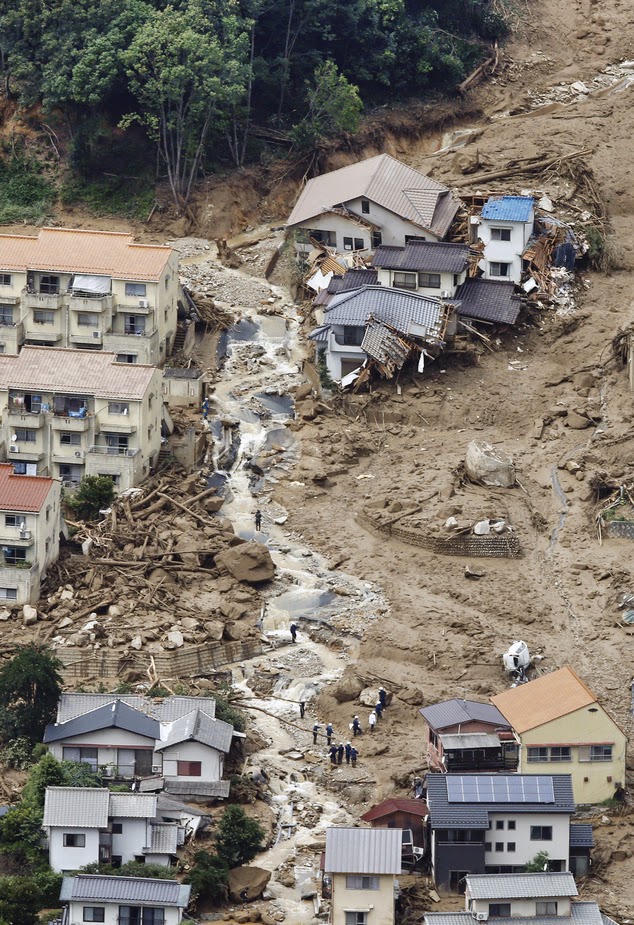 "All wars, conflicts and troubles we encounter with each other are because of a lack of dialogue," - Pope Francis 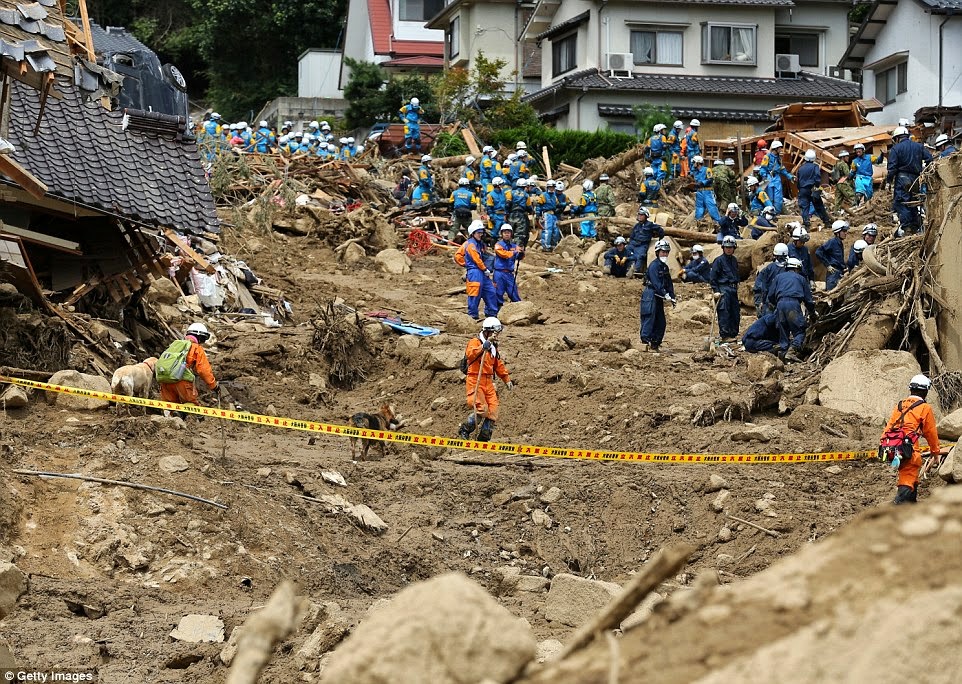 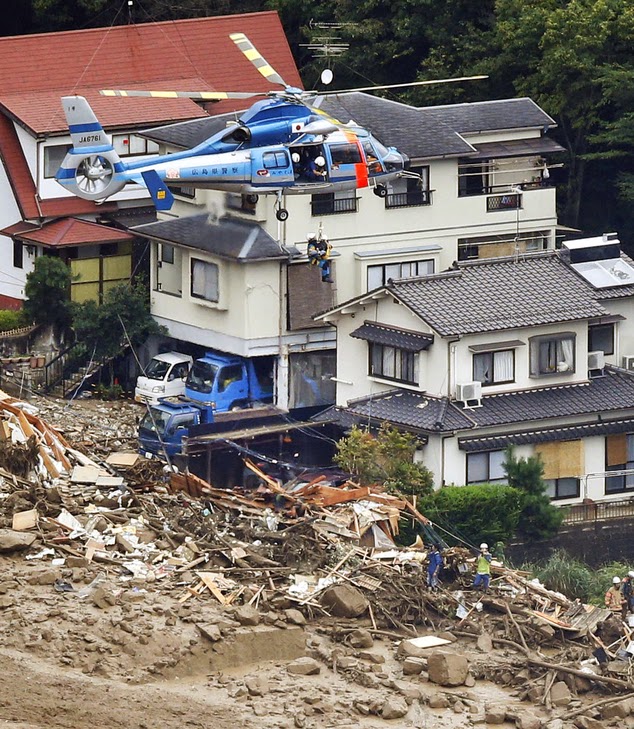 "If you don't think like I do ... and you can't convince me to think like you do, that's OK. We can still be friends," - Pope Francis 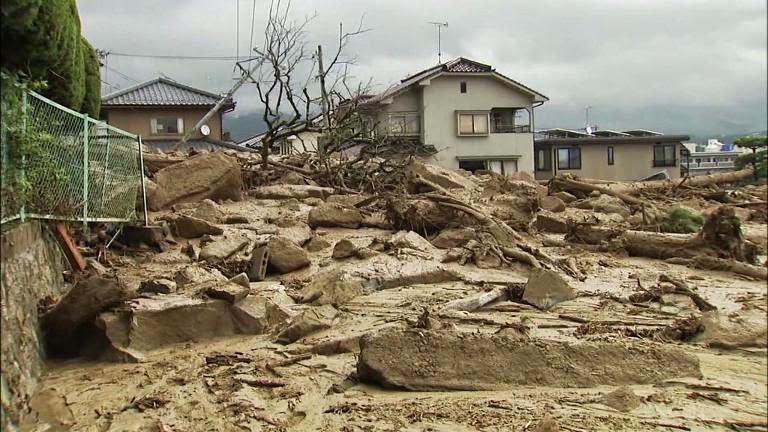 "This is what I hope for you in this journey of dialogue: that you come to know how to dialogue" - Pope Francis