4 Houses Swept Away By Landslides In Jajarkot, Nepal 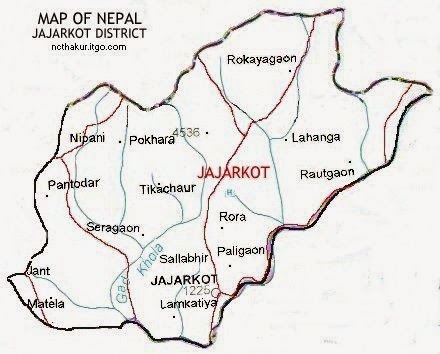 JAJARKOT, August 2014 (Himalayan Times): Landslides triggered by incessant rainfall swept away four houses at Nayakbada-2, Jiri of the district on Sunday night. Houses of Kali Bahadur Shahi, Gopal Kami, Padam Shahi and Balu Singh have been washed away by the landslides, said local Dilip Singh of Jiri. Properties worth millions of rupees have been damaged in the incident. However, no human casualty has been reported yet. Likewise, locals have been facing problem after the floods swept away wooden bridge linking Jiri and Maina of the same village. The families displaced by landslides have been taken to safer places, said local Khamma Shahi. Similarly, more than 60 families have been reeling under acute shortage of drinking water after landslides occurred at Nayakbada-5 damaged the sources of drinking water, said DSP, Chakra Bahdur Singh.