There Will Be Thunderstorms Which Will Shake Cities: Deadly Floods Return To Serbia And Bosnia 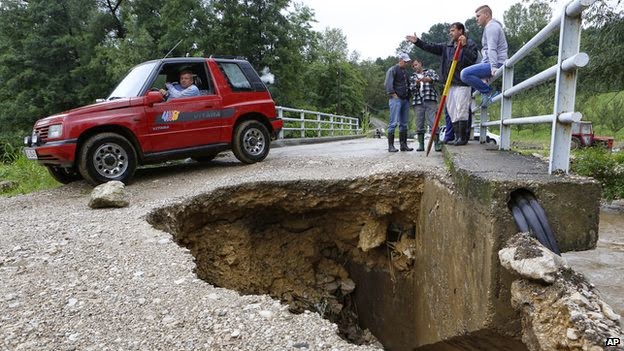 August 2014 (BBC) At least one person has reportedly been killed as floods hit Serbia and Bosnia, three months after heavy flooding killed almost 80 people in the region. The latest floods, caused by heavy rains, have damaged roads, bridges and hundreds of homes in western Serbia and in central and northern Bosnia. Floods in the same area in May affected nearly two million people and caused billions of euros of damage. Many of the victims criticised the official response at the time. Local media in Serbia say a man, aged 65, drowned after floodwaters swept through his home in Banja Koviljaca, in the west of the country. Many homes were also flooded in the nearby town of Loznica, after the river Stira burst its banks.