There Will Be Thunderstorms Which Will Shake Cities! Floods In Niger Kill 12 Souls,Thousands Without Shelter & Food 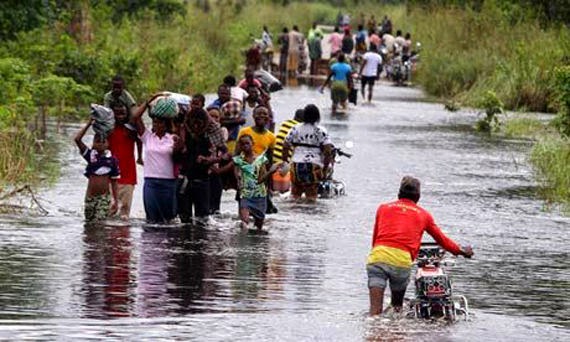 
(ABC) Heavy rains and flooding in western and central Niger have killed 12 people and left thousands without food or shelter. The landlocked West African country has been hit by an alternating series of droughts and floods in recent years, causing hunger. Saadatou Malam Barmou, the prime minister's humanitarian adviser, said Friday that hundreds of fields have been swamped. The government with U.N. help has brought food and other supplies to more than 2,000 families. But Barmou said more than 2,000 still need help