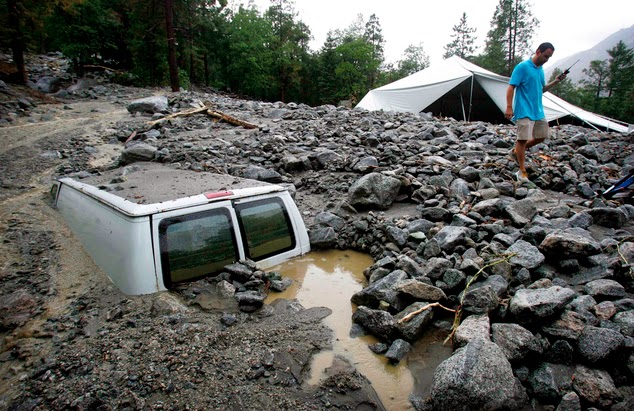 
More than 2,500 people have been left stranded during flash floods and mudslides in California – including 500 children and adults at a Christian campsite. Around 1,500 residents of Oak Glen and another 1,000 residents at Forest Falls in the San Bernardino Mountains have been cut off amid torrential rainfall in southern California. Hundreds of youngsters and adults are unable to get out of a mountain campground in Forest Falls after roads in the area were covered with mud, rock and debris. Daily Mail Read More>>>>>>