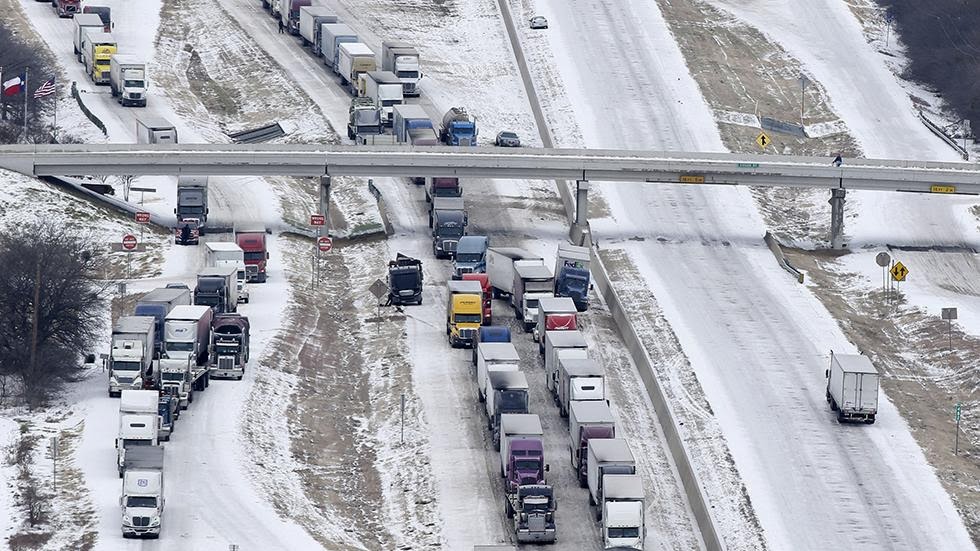 February 15, 2014 – PHILADELPHIA – (Reuters) - The U.S. East Coast was blasted by the end of a four-day winter storm on Friday, freezing sales of Valentine's Day flowers and sweets but revving up snowmobiles and ski areas desperate to salvage a lackluster season. As the storm blew out with a last salvo of thunder snow and lightning, the death toll rose to at least 20, including a 36-year-old pregnant woman killed by a snow plow in a Brooklyn parking lot. Her baby boy remained in critical but stable condition, a New York City Police spokeswoman said. Snowfall measured 28.5 inches in Pilot, Virginia, about 200 miles west of Richmond, said Chris Vaccaro, spokesman for the National Weather Service. A new storm system was on its way, expected to dump up to 3 inches on the East Coast into Saturday, he said. Across the South, hundreds of thousands of people were still without power on Friday as the result of broken tree limbs stressed by heavy snow and thick layers of ice falling onto power lines. South Carolina customers may not be back to normal service until late Sunday, said Duke Energy spokeswoman Jennifer Jabon. The Pennsylvania Turnpike was shut for more than seven hours while it was cleared of twisted metal from up to 50 vehicles in multiple accidents that injured 27 people, said Renee Vid Colborn, a spokeswoman for the Pennsylvania Turnpike Commission. The injuries were not life-threatening, she said. Read More>>>>>>