Oregon Man Contracted BUBONIC PLAGUE From His Cat! “The Earth Will Be Struck By Calamities Of All Kinds (In Addition To Plague And Famine Which Will Be Wide-Spread). 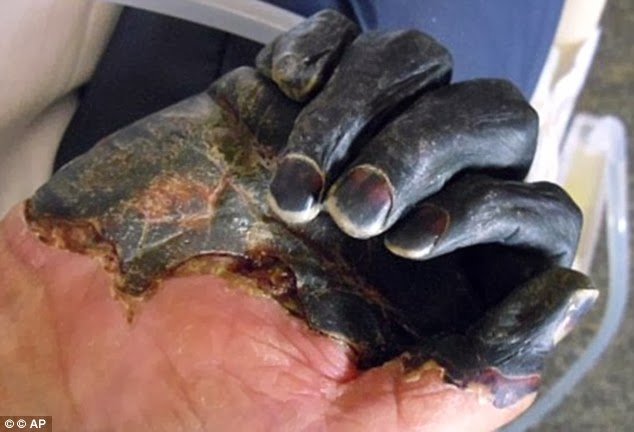 The man contracted the Bubonic plague from his cat in June 2013 and survived. Our Lady of La Salette said that one day the plague would be widespread, but for now only about 11 people per year are infected with the plague:


Recent research suggests that the bubonic plague is on the increase in affluent communities in the U.S.. It used to be associated with squalor, unsanitary conditions and rodent infestations. But as more people move to natural environments where carriers such as ground squirrels and woodrats live, infection increases The disease is caused by the bacteria Yersinia pestis that is spread through flea bites. About 11 cases of plague a year have occurred in the U.S. since 1976. 17 people have been infected by the disease in Oregon since 1934.

If the plague is to be wide spread then I would imagine that it will spread not by flea bites but something else that would make it easier to infect millions - what this "carrier" will be I do not know.

Here is the story of the man who contracted the plague:

A retired welder has described how he came within hours of an agonising death after contracting all three deadly forms of bubonic plague from a cat bite. Paul Gaylord, 61, relived in vivid detail how the horrifying symptoms of the Black Death began to take over his body - gradually turning his hands black. Mr Gaylord, who lives in a remote part of Oregon, 12 miles from the small town of Prineville, spent nearly a month attached to a life support machine as his body battled to fight the deadly illness.The plague began to consume his vital organs - causing his long to collapse and his heart stop beating. Doctors had discussed switching off his life support machine the day before woke from his coma, he said as he revealed how close to death he had come.Now on the mend following the infection, he told the Guardian about the moments after he was rushed to hospital. He said: 'Hooked up to a dialysis machine, I had collapsed lungs and at one point my heart stopped... Technically, I shouldn't be here.' 'My doctor told me I had developed all three stages of the plague: bubonic (the least lethal form, which infects the lymphatic system), pneumonic (which infects the lungs) and septicaemic (the bloodstream). Some people have survived bubonic plague, but not all three, apparently.' Daily Mail Read More>>>>>