Several Cities Will Be Shaken Down And Swallowed Up! Fifty Sinkholes In Gravesend Cemetery, Kent! 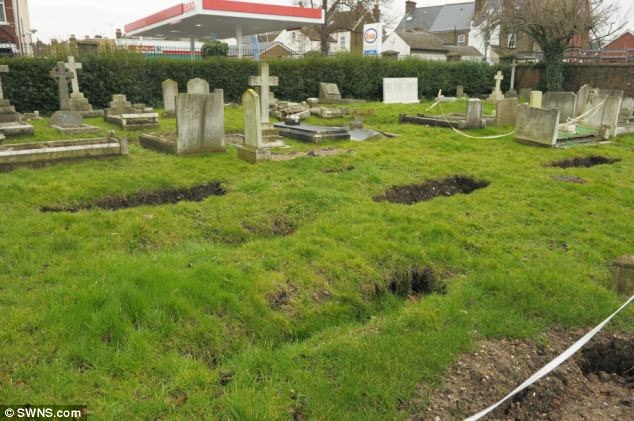 22 Feb. 2014 Dozens of coffin-shaped pits have opened up across a cemetery after weeks of rain caused the earth to give way over burial grounds. The alarming sinkhole phenomenon, which have exposed around 50 unmarked graves, raised fears deep cavities might be concealed just below the grass. Visitors are being warned to watch their step after the giant holes appeared at Gravesend Cemetery in Kent.Several plots have sunk below ground level following weeks of heavy rain. Worried cemetery bosses have revealed they have never before seen graves sinking into the ground on such a scale. Daily Mail Read More>>>>>>