Several Cities Will Be Shaken Down And Swallowed Up! Now Detroit Is Swallowed By The Earth! 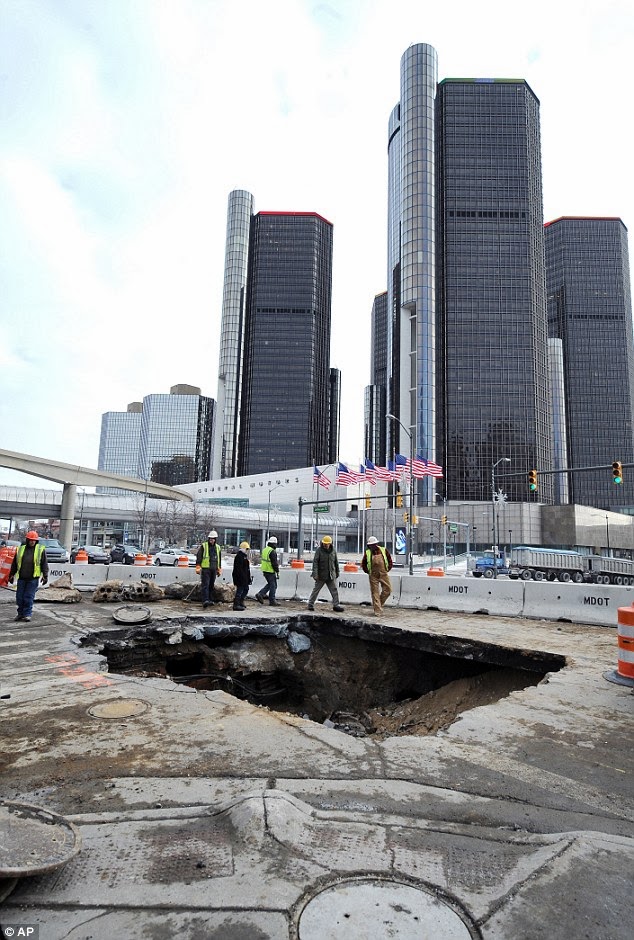 5 Feb. 2014 Traffic has come to a halt in downtown Detroit after a sinkhole opened up in the middle of one of the city's main streets. The disruption occurred just blocks from the North American International Auto Show and could take days to repair. The hole originally was about twice as big as a manhole cover but now measures about 14 feet by 10 feet and is on Randolph street at the intersection of Jefferson, next to the Coleman A. Young municipal building and the Millender Center, WWJ-AM reports.The exact cause of the sinkhole is unknown 'Well, unfortunately we are a pretty old city, we have older substructures underneath the roadways, and so at the moment we are not sure,' MDOT spokeswoman Diane Cross told WWJ. 'Age is always a factor – that’s going to be the kind of thing that’s going to have to be determined as well. The opening of the street revealed old brick work under the surface. The site would have been a settled part of Detroit going back almost to the city's founding in 1701. Daily Mail Read More>>>>>