Catastrophic Ice Storm Slams The Southeast: The Society Of Men Is On The Eve Of The Most Terrible Scourges And Of Gravest Events! 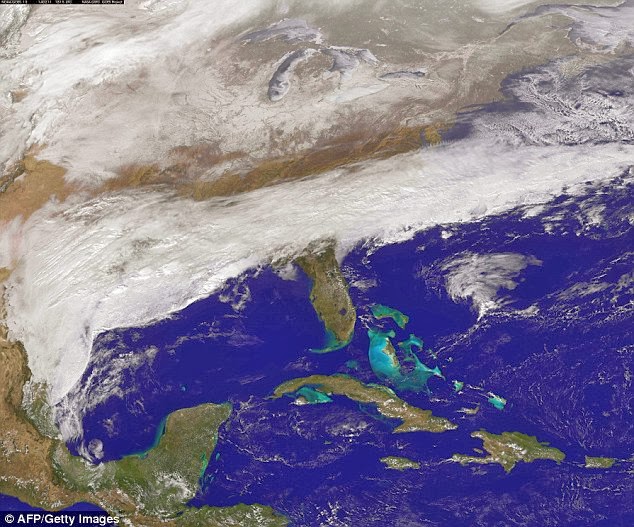 
A deadly winter storm packing ice, sleet, and heavy snow hit the Southeastern U.S. on Wednesday, threatening road and air travel and widespread power outages, forecasters said. The worsening storm stretched from eastern Texas to the Carolinas, and is likely to reach up into the Middle Atlantic states by late on Wednesday, National Weather Service meteorologist Roger Edwards said. 'It's unusual to have an ice storm that far east in the Deep South,' he added. Winter Storm Pax will then move Northeast through Wednesday night into Friday, impacting the heavily populated I-95 corridor. Daily Mail Read More>>>>>