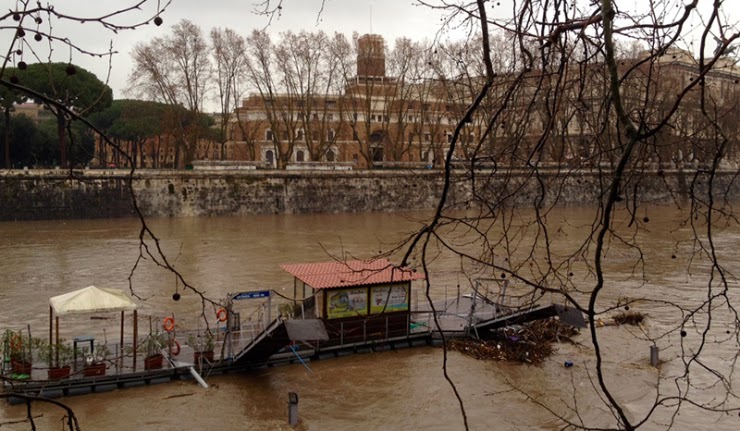 Rain storms and snow have caused mayhem in Italy. Rome Mayor Ignazio Marino has called for a state of emergency in the city due to flooding caused by heavy rains, Italian media report. A state of emergency has been declared in the capital Rome, as river Tiber burst its banks on Saturday. Exceptionally high tides submerged half of Venice, and in Florence river Arno was reported to be at a 20-year high.The railway connection between Italy and Austria has been temporarily interrupted because of the heavy snow. Deaths were also caused by an overflowing stream in Sicily, including a 7-year old child. The worst disruption in the Italian capital came in the north of the city where subway stops were closed for flooding and traffic was slowed by rising water and fallen tree limbs. Here at Ponte Milvio bridge the Tiber river's level neared the tops of its arches.Ten kilometers away from Rome, in the district of Prima Porta, the Tiber river broke its banks flooding shops and basements. Some residents were forced to take to the rooftops. The national emergency helpline continues to receive thousands of calls for aid. Over 3,000 were made in Rome only within the space of a few hours between Friday night and Saturday morning.The Voice Of Russia Read More>>>>>