Great Lakes Ice Covered! “The Society Of Men Is On The Eve Of The Most Terrible Scourges And Of Gravest Events! 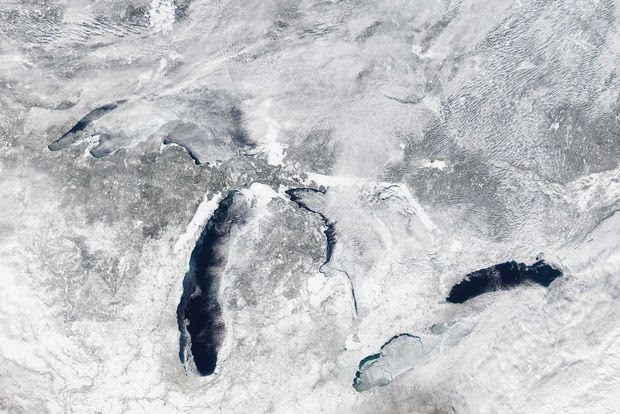 Great Lakes has frozen over - Global warming? or your sins and mine? No one acknowledges the real reason for the current bizarre weather events. Our Lady of La Salette said that men would be chastised for over thirty five years  - no one has yet to announce when these 35 years of punishment started so I will be the first and say that the period of woe started in 2010 on New Years Day. This is the purpose of this blog to bring to your attention the reason for the terrible events that everyone is witnessing. Something is happening and it is not just the sins of corporations but your sins and my sins as well - its always nice to blame big bad corporations for global warming etc but blame yourself as well. Until you face up to the reality of the harm your sins have pissed God and because of your sins and mine God will send one punishment right after another.

This only the beginning.

Oh and please take the message of Our of La Salette and spread it far and wide - I do not want to be the only one in the blogsphere spreading Her message please feel free to take anything of mine that I have written and speculated on in this blog and the associated blogs.  Everything I post s realted in one way or another to the message of La Salette. I hope to be forgotten.

Now for the visible manifestation of God's wrath.

None of you saw this coming: 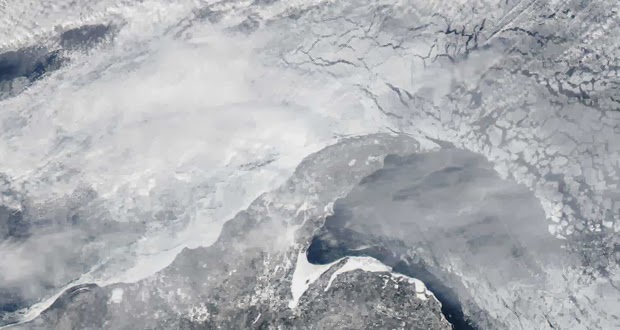 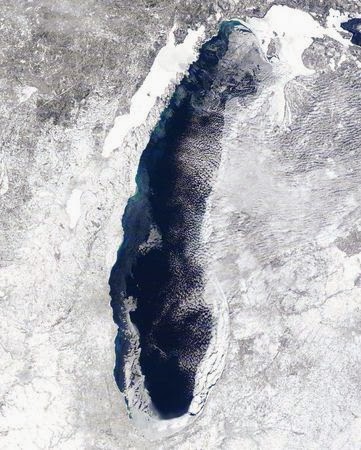 Lake Michigan Lake Michigan is now 51 percent covered with ice, as opposed to 42 percent at this time last week. Coyotes were seen walking on the ice just offshore of Chicago this week. This makes us wonder if the lakes freeze over totally, will animals from Canada be able to cross over Lake Huron or Lake Superior, and enter Michigan. It is thought that this is how the last wolverine spotted in Michigan made it into Michigan. Lake Michigan has been covered with more ice on this date in the past. In 1977 and 1996, Lake Michigan was up to 74 percent ice covered. 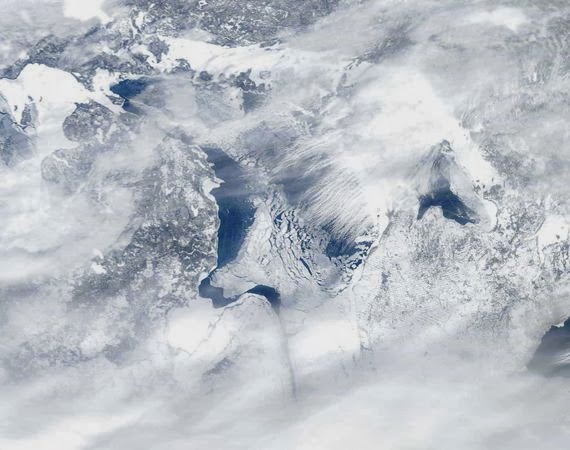 Lake Huron Ice cover on Lake Huron rocketed up an additional 14 percent this week, climbing to a total ice cover of 86 percent. If the ice continues to build at that rate in this next week, Lake Huron could be almost frozen over, or frozen over by the end of next week. People ice fishing are reporting 24 inches of ice on Saginaw Bay near Bay City. Lake Huron has been as much at 95 percent covered in ice on this date back in 1981 and 1994. 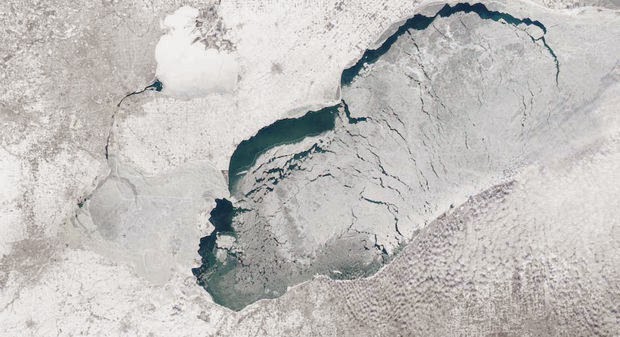 Lake Erie Lake Erie is the shallowest of the Great Lakes, with an average depth of 62 feet and a maximum depth of 210 feet. It also has the least volume of any Great Lake, with 116 cubic miles of water. So it should come as no surprise that Lake Erie currently has the highest percentage of ice cover. Lake Erie is 96 percent covered with ice. Last week at this time Lake Erie had 94 percent ice cover. Erie was entirely ice covered on February 5, 1996. 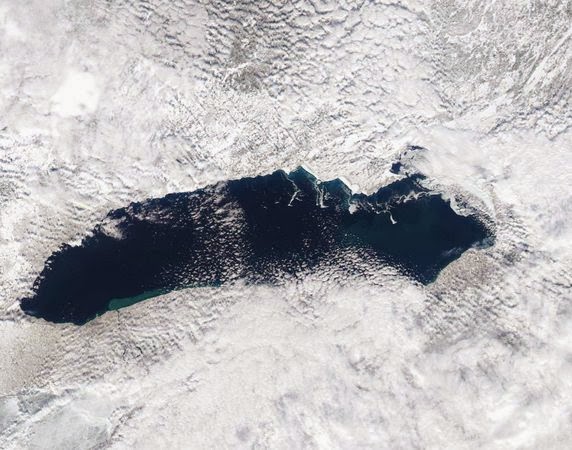