Tourist Train Left Dangling Off Cliff In French Alps After Being Hit By Boulder : At The First Blow Of His Thundering Sword, The Mountains Will Tremble In Terror! 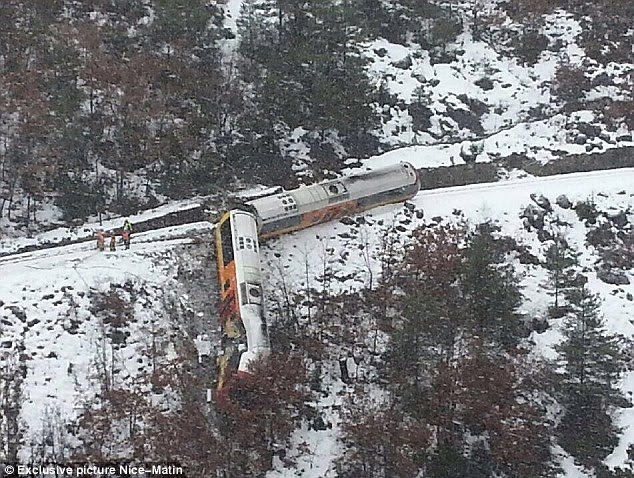 Two people died and one was left fighting for his life today when a massive boulder 'the size of a car' crashed into their tourist train in the south of France. The horrific accident happened as the so-called 'Train of the Pines' ran from Nice to the Alpine resort of Digne-les-Bain on Saturday morning. Around 30 people were on board when a landslide dislodged the huge rock, causing it to roll down on to the train, denting one of the carriages and leaving hanging over the snow-capped mountain side. Daily Mail Read More>>>>