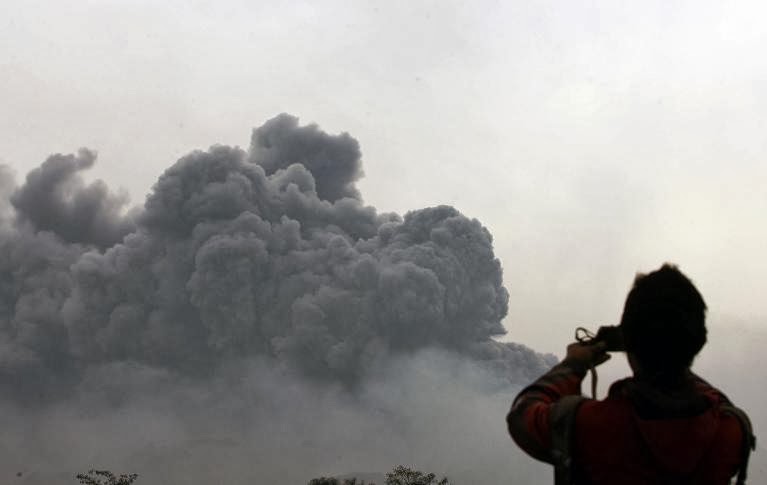 
Tens of thousands of Indonesians have fled their homes after a volcano erupted in east Java. Mount Kelud spewed ash and debris over a large area, including the city of Surabaya, about 130km (80 miles) away. Officials said three people died after their houses collapsed under the weight of ash. Airports in Surabaya, Yogyakarta and Solo shut down because of low visibility. There are also fears that debris could damage aircraft engines. Yogyakarta airport manager Andi Wirson said the runway was covered in a 5cm-thick layer of ash. BBC Read More>>>>>