Several Cities Will Be Shaken Down And Swallowed Up! Portland, Ore., Woman, Dog Rescued From 20 Foot Sinkhole 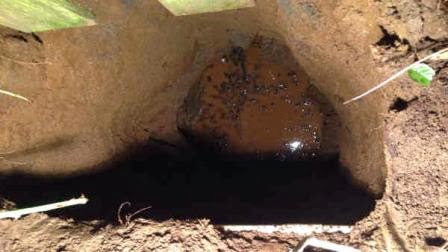 19 Feb. 2014 PORTLAND, Ore. (AP) — A Portland fire official says a woman and her dog have been rescued unharmed after falling into a 20-foot-deep sinkhole that opened up in her backyard. Portland Fire & Rescue Lt. Rich Chatman says the woman in her 30s was trying to find her small poodle mix Tuesday night in her dark Portland backyard when she fell into a sinkhole about 3½ feet in diameter. A neighbor who heard her calls for help called 911. Fire crews used rope and ground ladders to rescue them. Chatman says fire officials at the scene were amazed that both escaped unhurt. The spokesman says a neighbor who shares a property line said both homeowners had been required to do some recent work on their sewage system. Crews were covering up the hole temporarily late Tuesday.