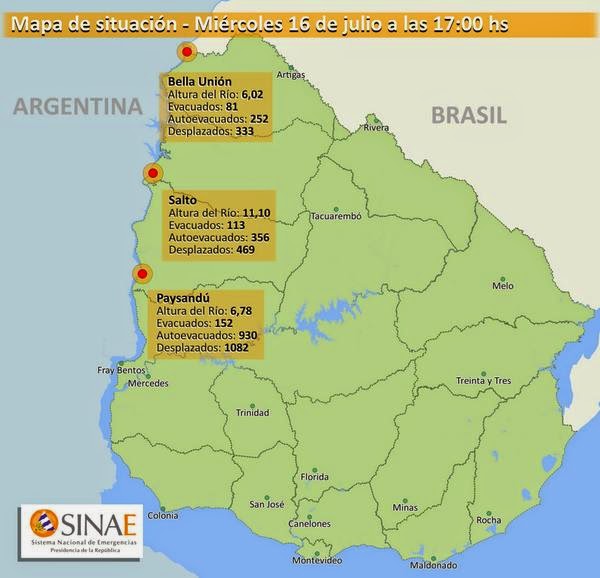 
MONTEVIDEO, July 16 (Xinhua) -- Floods have forced 1,884 people out of their homes in western Uruguay, the country's National Emergency System (SINAE) said on Wednesday. SINAE said 1,082 people from the worst-hit Paysandu province, 400 km northwest of the capital Montevideo, had been displaced by floods triggered by heavy rains. While the level of the Uruguay River has begun to fall, most of those who fled their homes remained displaced or sheltered by relatives and friends, SINAE said in a statement. Torrential rains made the Uruguay River, which runs along the borders between Brazil, Uruguay and Argentina, overflow and inundate surrounding towns in western Uruguay, northern Argentina and southern Brazil. Last week, Uruguayan President Jose Mujica visited the affected regions and vowed to help the displaced people.