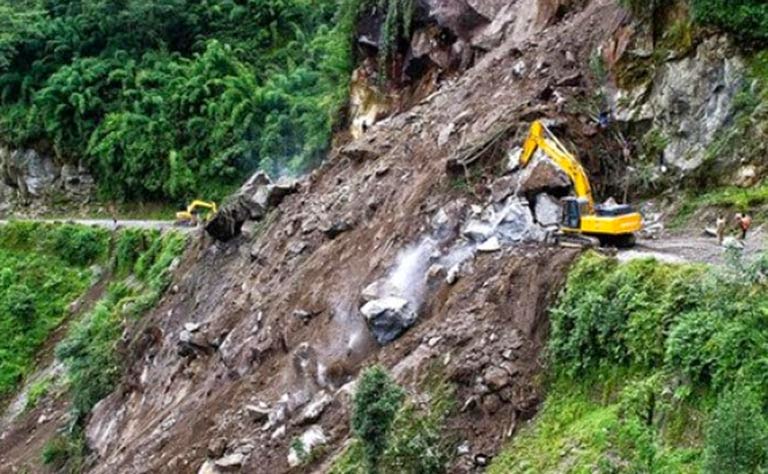 
Kathmandu, July 13 (QNA) - Nine people were killed and five are missing after two landslides in Nepal on Sunday, local media reported. Six people were killed when three houses collapsed following a landslide caused by heavy rains in the Sindupalchowk district in north-western Nepal, Image Channel television reported. Five people were rescued and are in serious condition, the report said, while five others are still missing. Three men were buried alive and two rescued when another landslide struck a stone quarry in the village of Lele in Nepal's Lalitpur district. Landslides and flooding in Nepal are common during the monsoon season that stretches from June to September.(QNA)