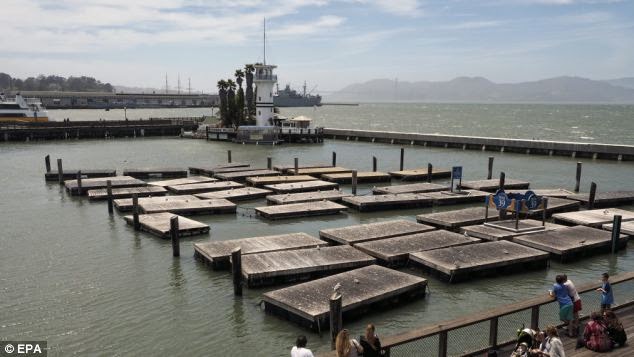 Nature is asking for vengeance because of man, and she trembles with dread at what must happen to the earth stained with crime.Our Lady of La Salette 19 Sept. 1846 (Published by Mélanie 1879)

One of San Francisco's most famous and smelly tourist attractions has gone under - water that is - but it seems inevitable the boisterous star-attractions will come sliding right back. A colony of sea lions who have resided on the wooded decks of Pier 39 for more than 20 have made a sudden exit, just as they made an expected arrival in October 1989. Shortly after the Loma Prieta earthquake hit San Francisco, the sea lions began taking up residence at the pier and forming an urban colony. By January the following year they had taken over the area, much to the displeasure of marina tenants, and there was soon more than 300 of them lounging about and barking. The pier soon became a tourist attraction and by November 2009, the colony reached an all-time high of 1,701. Daily Mail Read More>>>>>