There Will Be Thunderstorms Which Will Shake Cities: Bulgaria's Black Sea Primorsko Flooded, Under State of Emergency 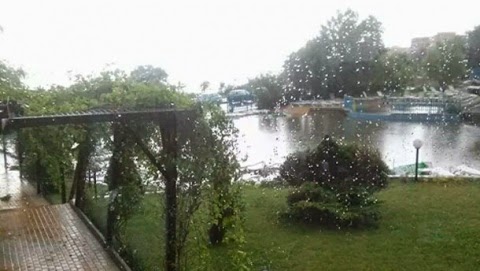 
State of emergency has been declared in Bulgaria's Black Sea municipality of Primorsko, Wednesday. Torrential rains led to the overflowing of the Dyavolska and Ropotamo rivers. The main road Sozopol - Primorsko is flooded and is closed for traffic. The road Primorsko - Yasna Polyana has also been closed. The villages Yasna Polyana and Veselie are partially under water, Vesti.bg reports. The southern Black Sea Primorsko town can be reached only by heavy machinery as its streets have been flooded, Nova TV informs. Over 70 hotels and residential buildings, the building of the municipality and the kindergarten are under water. The road junction near Sozopol, as well as the main road to Primorsko have also been flooded. Novinite Read More>>>