Several Cities Will Be Shaken Down And Swallowed Up! Giant Sinkhole Opens Up& Swallows Up Several Cars! 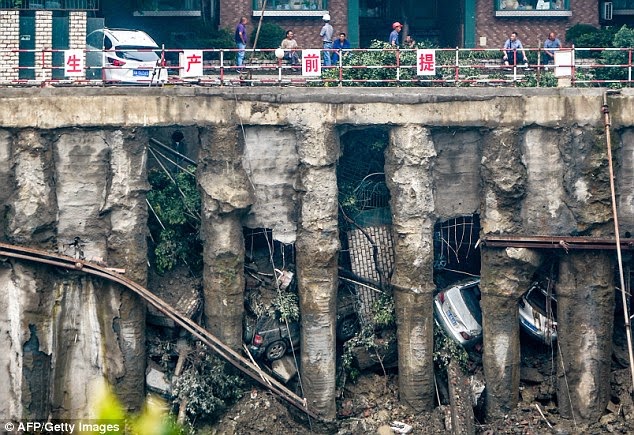 This car park in China collapsed into a pit after a sudden and heavy rainfall washed away the soil beneath. The stricken building is next to a construction site in Chengdu, in south-west China's Sichuan province. Five cars dropped 30ft into a deep pit and another left hanging precariously over the edge after the incident, which took place earlier today. Several trees were also dragged in, but no casualties were reported.Onlookers craned their necks to peer down at the scene of destruction. In March a wall collapsed onto a house full of of Chinese workers, killing 18 of them and injuring three more, also after a deluge.Daily Mail Read More>>>