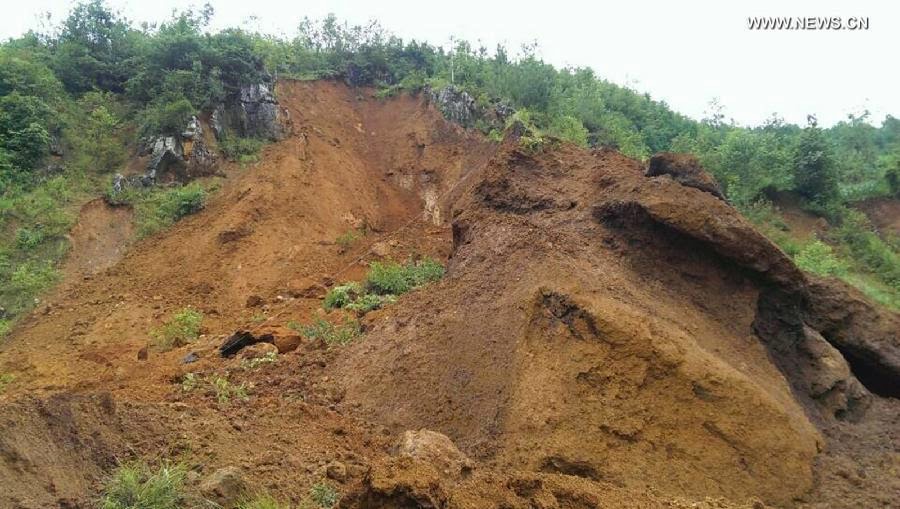 GUIYANG, July 17 (Xinhua) -- A rain-triggered landslide in southwest China's Guizhou Province buried eight people on Thursday morning, local authorities said. Days of heavy rain caused the landslide in Dakuo Village of Zhijin County in the city of Bijie at around 4 a.m., said a spokesman with the county. By 10 a.m., two people had been rescued, and rescuers were searching for the remaining six, he said. Rainstorms have lashed Guizhou this week, with many parts of the province flooded. Seven people have been killed in floods as of Wednesday, according to the provincial civil affairs bureau. Three others were reported missing and more than 91,000 have been relocated.