Several Cities Will Be Shaken Down And Swallowed Up By Earthquakes: Three Large Craters Discovered In Siberia 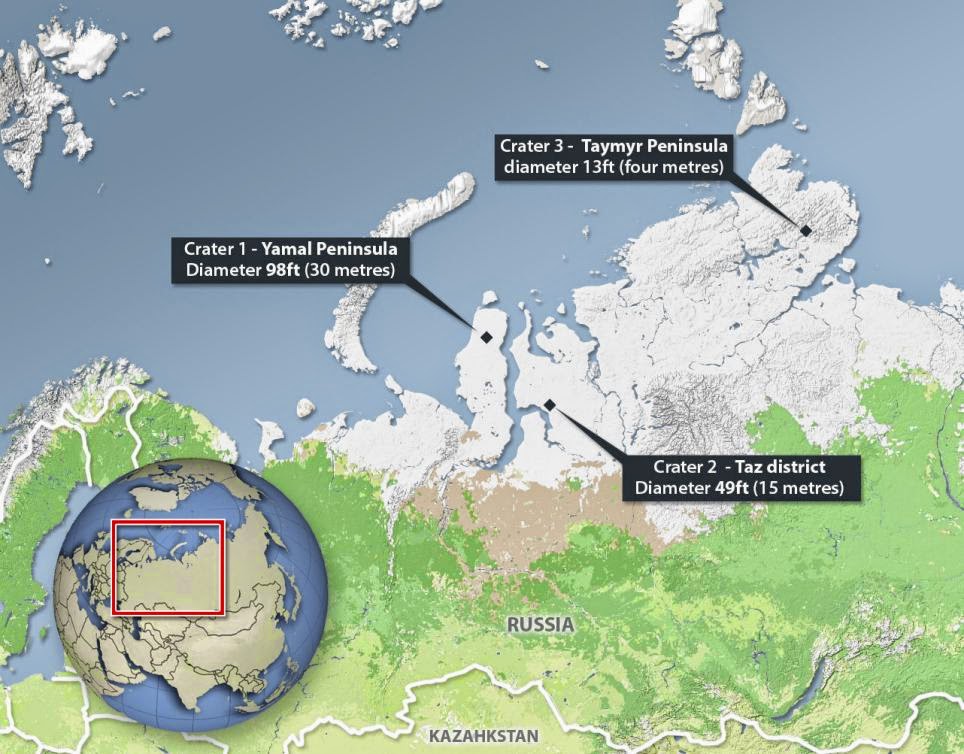 
New unexplained holes have appeared in Siberia following the mystery over a giant crater on the Yamal Peninsula. A second is in the same permafrost region of northern Russia, and a third on the Taymyr Peninsula, to the east, in Kransoyark region. Both were spotted by reindeer herders who almost fell in. The original hole received worldwide attention after being identified by helicopter pilots some 20 miles (32km) from a huge gas extraction plant at Bovanenkov. Now the new holes - smaller in diameter but similar in shape - are posing a fresh challenge for Russian scientists. 'Theories range from meteorites, stray missiles, a man-made prank, and aliens, to an explosive cocktail of methane or shale gas suddenly exploding,' reported The Siberian Times. 'The version about melting permafrost due to climate change, causing a release of methane gas, which then forces an eruption is the current favourite, though scientists are reluctant to offer a firm conclusion without more study.' The new Yamal crater is in the area's Taz district near the village of Antipayuta and has a diameter of about 49ft (15 metres). Daily Mail Read More>>>>>>>>