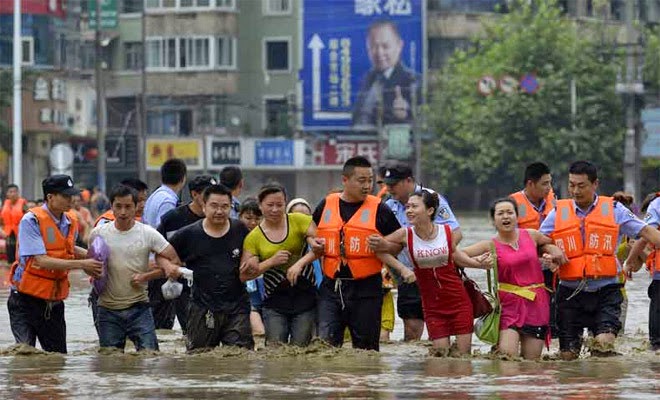 WP BEIJING — At least 19 people have died and seven were reporting missing Sunday in widespread flooding that’s hit hundreds of thousands of people in a swath of southern China, the country’s state news agency reported. Historic-level rains lashed the cities of Guangzhou, Zhaoqing and Qingyuan and triggered floods, mudslides and the collapse of 1,143 houses, according to the Xinhua News Agency. About 21,000 people have been evacuated in the region, while in the city of Pingxiang, 5,000 remained trapped by floodwaters at noon Sunday.Heavy rains have battered the region since last week, with 628 millimeters (25 inches) accumulating in the city of Shanwei in Guangdong province since Wednesday. About 200 millimeters (8 inches) of rain were recorded over a 24-hour period this weekend in Liuyang city in Hunan province.