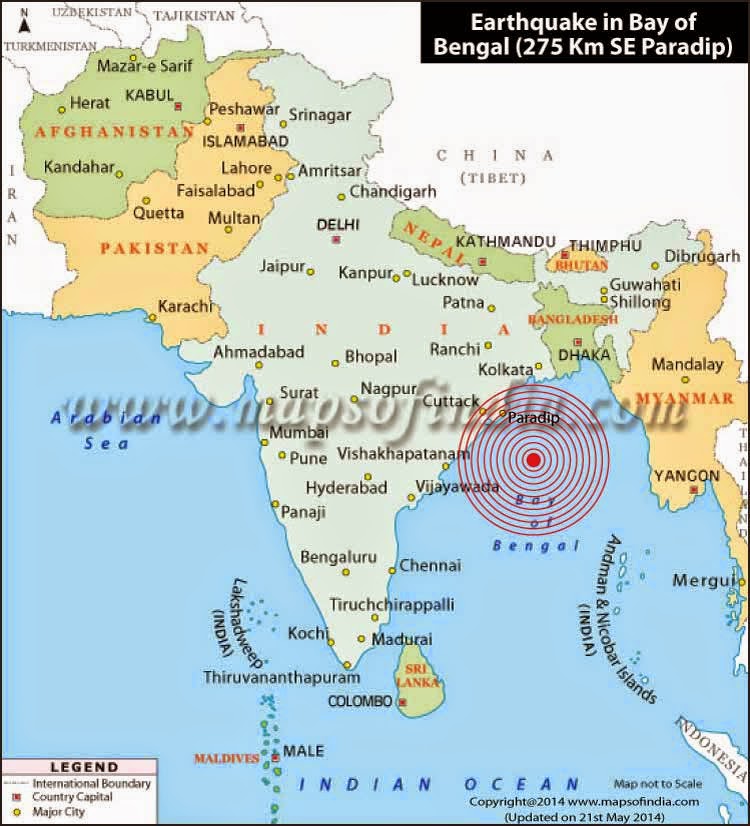 (Zee News New Delhi): Eastern India was rocked by an earthquake of 6.0 magnitude on Wednesday evening around 9:50 pm. While strong tremors were felt in Odisha, West Bengal and Jharkhand for about 20 seconds; Delhi and Chennai too were affected. The epicentre of the 6.0 magnitude earthquake was about 275 km south-east of Odisha's Paradip in Bay of Bengal. "The magnitude of the earthquake was 6.0 on the Richter scale and its epicentre was in the Bay of Bengal," said an official of the India Meteorological Department. "Tremors were felt in Odisha and some districts of West Bengal," the official added. In Chennai, people came out of their homes in areas like Adyar, Porur, Kodambakkam, Triplicane, T. Nagar and Nungambakkam. According to the Hyderabad-based Indian National Centre for Ocean Information Services (INCOIS), the magnitude of the quake was 5.8. Tremors were also felt in several south Bengal districts including Murshidabad, Haldia Midnapore,Digha, Burdawan and Bankura. No casualties have been reported from these states.