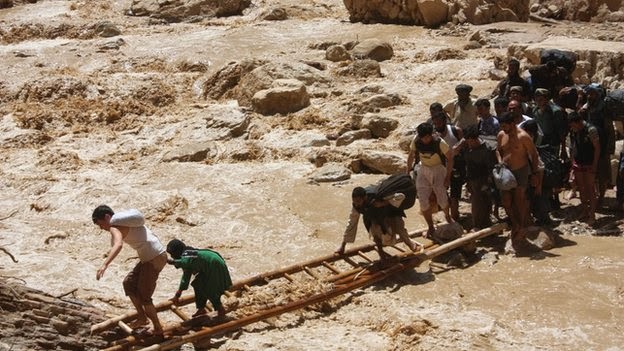 (BBC) 14 May This week flood waters also washed away a big section of the main north-south road in the Tashqorghan gorge, effectively cutting off the north of the country. Thousands of travellers are now stranded on both sides. Emergency repair work will take at least 10 days. Further north-east in Badakhshan province, people are still reeling from a devastating landslide at the start of the month. Three hundred houses were engulfed in thick mud in one of the poorest districts, Argo. Hundreds of people, including many women and children, are thought to have been killed. After news of the landslide emerged the government declared a day of national mourning and ordered emergency assistance. But it was the public response to the disaster that has been unprecedented.