6 Souls Killed In South China Landslide: At The First Blow Of His Thundering Sword, The Mountains And All Nature Will Tremble In Terror 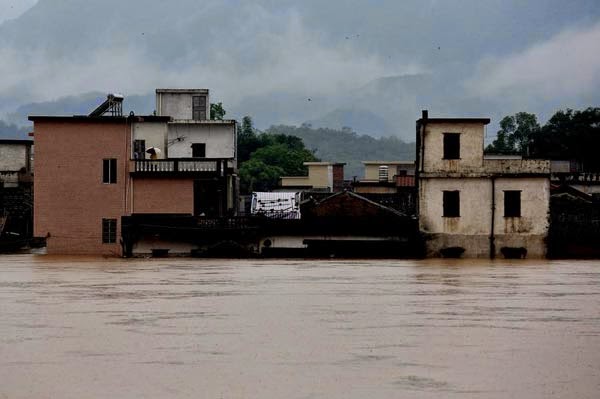 
China Daily GUANGZHOU - Six people have been confirmed dead and another one injured in a rain-triggered landslide in South China's Guangdong province, local authorities said on Friday. The landslide occurred around 5 pm on Thursday in Longshi village, Heping county in the city of Heyuan, leaving two dead, two injured and three others missing, according to the county government. Over 200 village officials, local soldiers and members of the militia joined the rescue work. The bodies of the three missing people were retrieved early on Friday morning. One of the injured victims died after medical treatment failed, the county government said. Heavy rain has battered the province over the past three days. A landslide also killed two residents and injured three children on Tuesday in Huaiji county in the city of Zhaoqing.