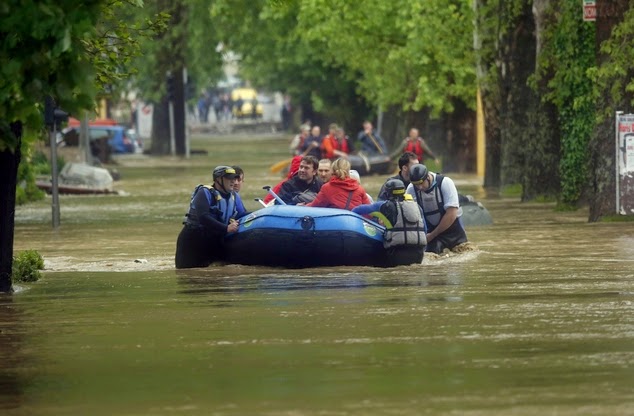 SARAJEVO, Bosnia-Herzegovina (AP) — Samira Mahmic thought she was getting her life back when she was winched into a helicopter with her 10-year-old son clinging to her amid the worst flooding in more than a century in the Balkans. But she froze when she realized the helicopter was now fully loaded and she looked down to see her 17-year-old daughter Amina, watching in disbelief as the aircraft left her behind on a roof sticking out of a sea of water. "I thought they would go back but it got too late last night," Mahmic said Friday.Luckily her daughter's mobile phone still had some battery Friday morning and Mahmic was able to reassure herself that her daughter and husband were both still alive. "It's Judgment Day in Maglaj," Mahmic said of her northern Bosnian hometown that was hit by the heaviest rainfall since measuring started 120 years ago.