At The First Blow Of His Thundering Sword, The Mountains And All Nature Will Tremble In Terror: Over 2500 Souls Lost In Afghanistan Landslide 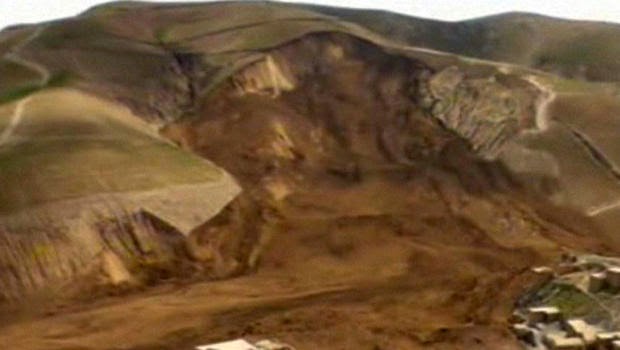 
Officials in Afghanistan have said that at least 2,000 people are feared dead after a mountainside collapsed causing a massive landslide in a remote region of the country. Seven people were pulled alive from the mud and debris that flattened 300 homes but rescuers were pessimistic about anyone else being alive beneath the piles of earth. Many victims were villagers who dashed to help their neighbours when a landslide struck but were then caught in a second wave of mud. It was reported that a wedding was taking place in the village. “Now we can only help the displaced people. Those trapped under the landslide and who have lost lives, it is impossible to do anything for them,” said Major General Faziluddin Hayar, the Badakhshan provincial police chief. Those who were caught by the catastrophic landslip were from the village of Hobo Barik, about a third of which was wiped out, and most would have been at home rather than at work because it was a day of worship. Up to 600 people from nearby villages made their way to Hobo Barik, in the north east of the country, to try to help the rescue operation but were severely hampered by a lack of shovels and machinery. The mud covering the devastated village was said to be several metres thick. Independent Read More>>>>>