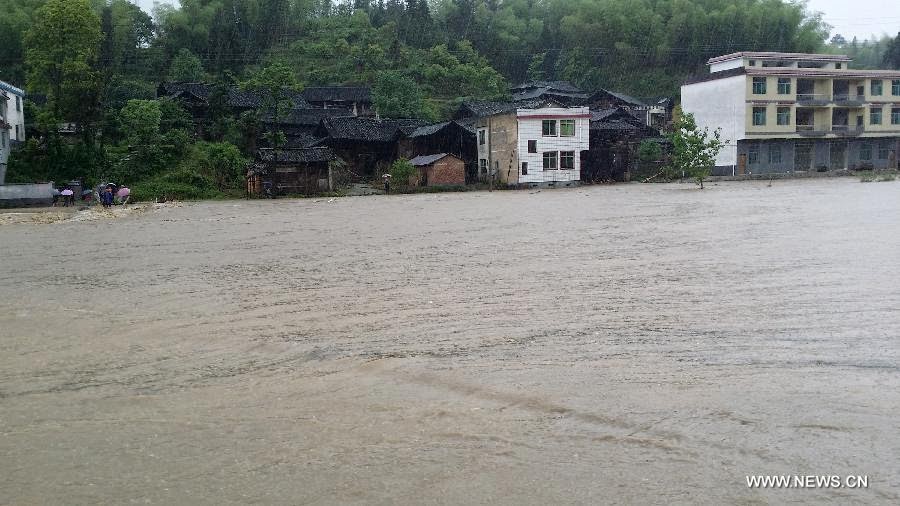 (EnglishPeopleDaily) Above photo taken on May 10, 2014 shows flooded farmland in Wawutang Township of Suining County, central China's Hunan Province. Heavy rains started to hit Suining County at 3 a.m. Saturday, with precipitation in one township hitting 186 mm by noon. One person was killed in a rain-triggered landslide while flooding has forced the relocation of another 10,000 residents in Suining. (Xinhua)