There Will Be Thunderstorms Which Will Shake Cities: Landslides, Floods In Guwahati 9 Souls Perish 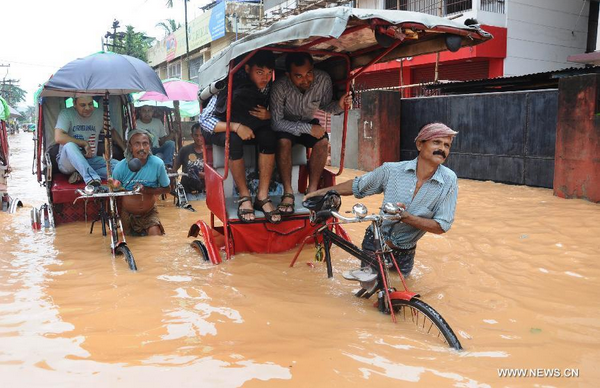 GUWAHATI: At least nine people were killed on Friday when incessant rain triggered floods in the city. Four of the victims, including three of a family , died in landslides at two different places and four others were electrocuted. A youth drowned in the Bharalu river, which cuts through the city. The Met office said the city recorded 57mm rainfall till 8.30am on Friday, the fifth-highest in a decade. Vast areas were inundated as clogged natural and artificial drains spilled over. "We have not been successful in building an effective drainage system in the city ," chief minister Tarun Gogoi said.