Guatemala Landslide Five Souls Perish: At The First Blow Of His Thundering Sword, The Mountains And All Nature Will Tremble In Terror 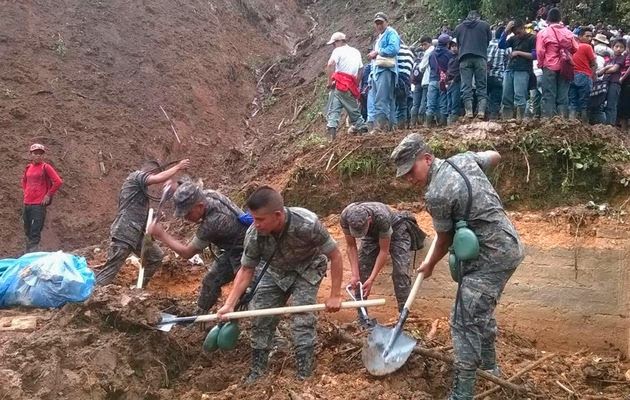 (Reuters) - A landslide caused by heavy rains killed five and injured three in a mountainous farming region of Guatemala, an emergency official said on Saturday. A mud flow crushed a home in San Pedro Necta, Huehuetenango, a small town 300 kilometres northwest of the capital, trapping members of two families inside late on Friday, a spokesman for Guatemala's national disaster relief commission said. The landslide damaged up to a dozen other homes but rescuers don't believe any additional people are missing, he said. Guatemala's rainy season, which runs from May through November, dumps an average of up to 400 millimetres of rain per month, often causing severe flooding and deadly avalanches in the poor Central American nation of roughly 15 million people.