There Will Be Thunderstorms Which Will Shake Cities: Colorado Lashed By Hail, Reported Tornadoes, 111MPH Winds 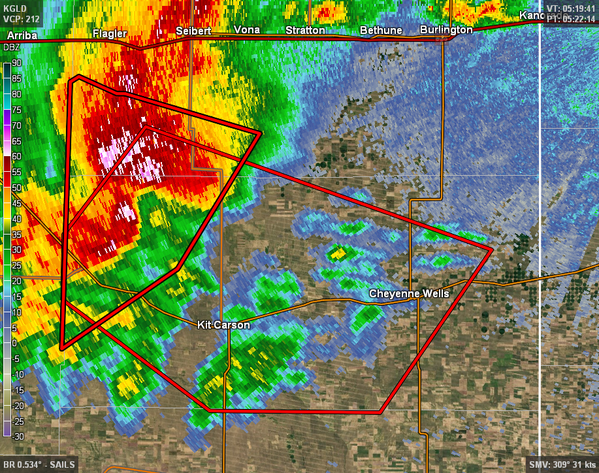 In Hugo, Colorado there were minor injuries when a semi was blown over on a highway east of the town, according to Cpt. Clint Tweden of the Lincoln County Sheriff's department. Two people were taken to a local hospital but were treated and released, he said. In the same area, a family barn collapsed, trapping two cars. “We had people out with chainsaws helping to clear roadways,” Joy L. Hemby, chief marshal at the Hugo Marshal Office told Denver’s 9News.Tornado sirens sounded as the severe weather moved into the area late Wednesday, moving east across Denver towards western Kansas. One tornado was spotted near Hugo at about 10:30 p.m. Wednesday local time (12.30 a.m. Thursday ET) and another was seen near Arriba 20 minutes later, 9News reported. However, Hemby said neither of the tornado sightings had been confirmed. Some areas, including Limon, Colorado were hammered by hailstones. The Lincoln County Sheriff's Office lost power but said there were no reports of extensive damage, 9News reported. NBC News