The Demons Of The Air Together With The Antichrist Will Perform Great Wonders On Earth And In The Atmosphere: Tehran Hit By 150km/h Wall Of Dust Blotted Out The Sun, Killed Five Souls & Injured 30! 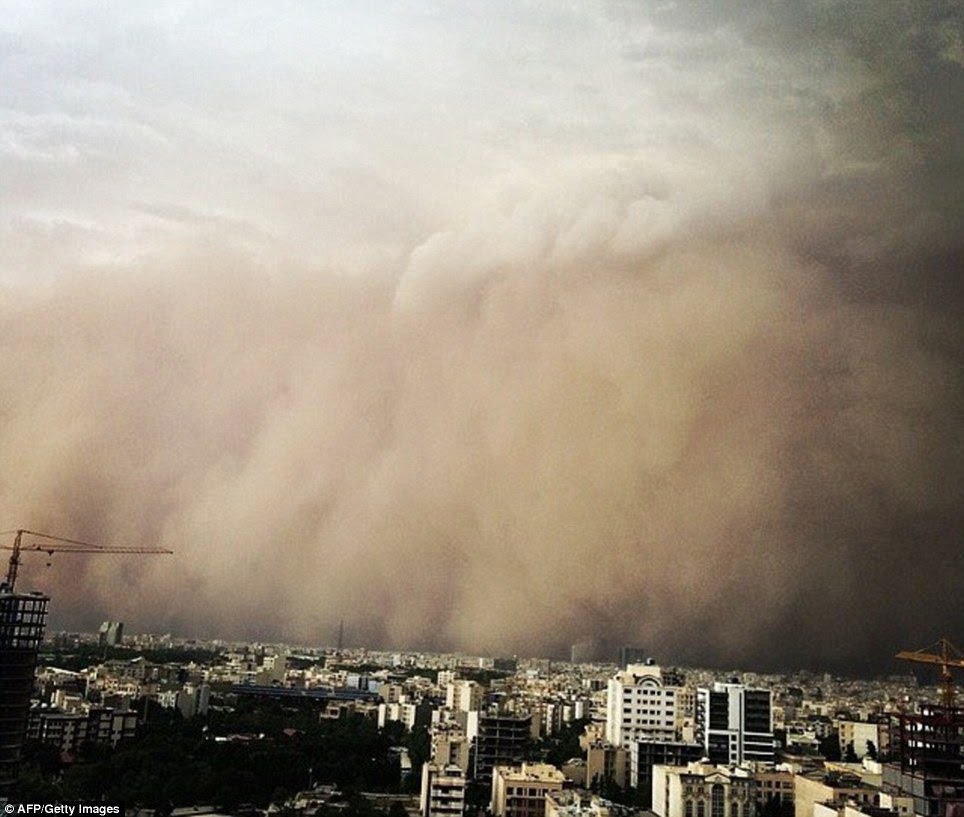 The demons of the air together with the Antichrist will perform great wonders on earth and in the atmosphere Our Lady of La Salette 19 Sept. 1846 (Published by Mélanie 1879) 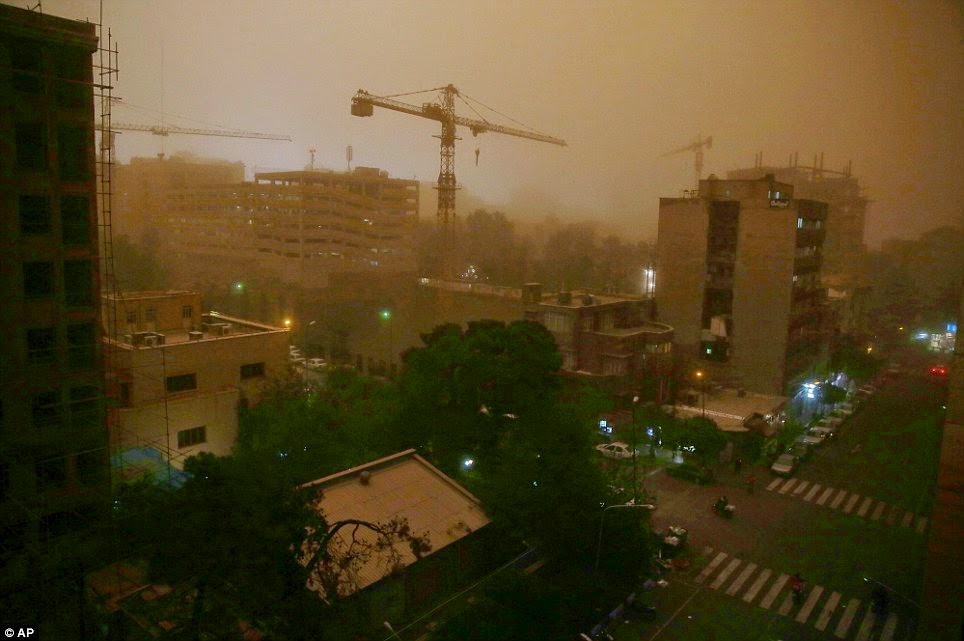 
“Woe to the inhabitants of the earth! God will exhaust His wrath upon them and no one will be able to escape so many afflictions together. Our Lady of La Salette 19 Sept. 1846 (Published by Mélanie 1879) 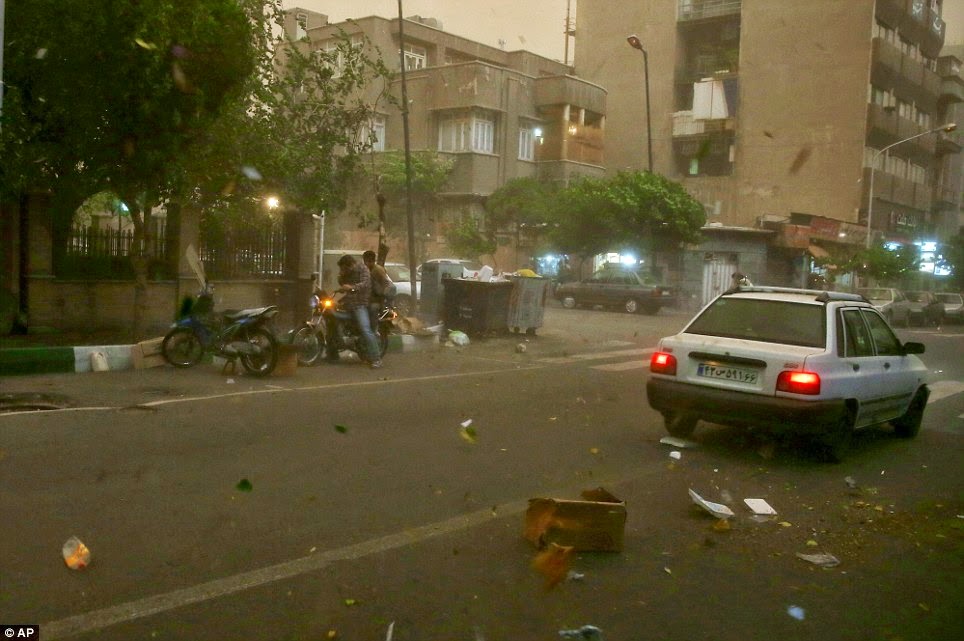 God will allow the old serpent to cause divisions among those who reign in every society and in every family. Physical and moral agonies will be suffered. God will abandon mankind to itself and will send punishments which will follow one after the other for more than thirty-five years.  Our Lady of La Salette 19 Sept. 1846 (Published by Mélanie 1879) 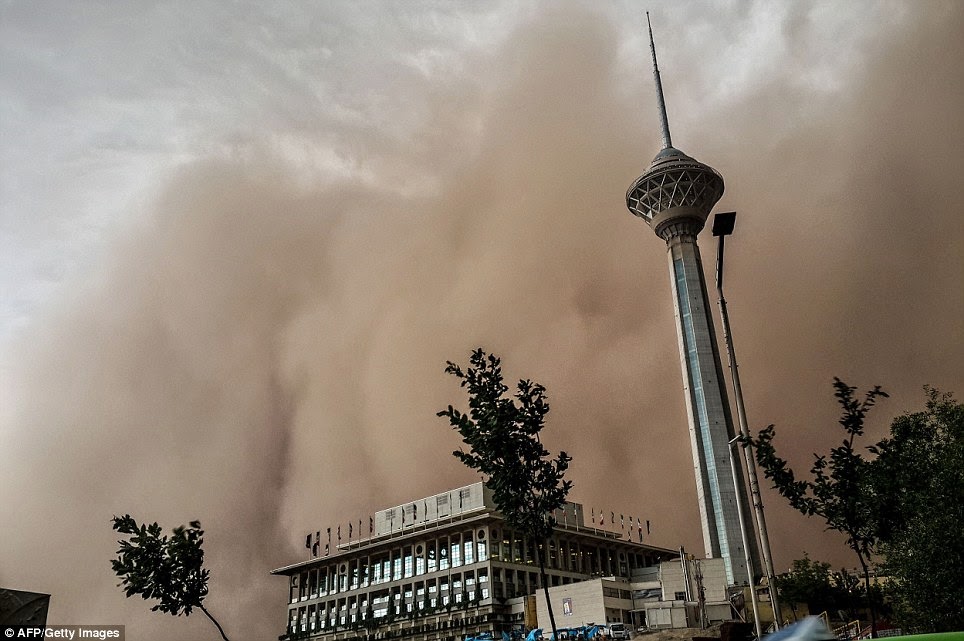 
“The Society of men is on the eve of the most terrible scourges and of gravest events. Mankind must expect to be ruled with an iron rod and to drink from the chalice of the wrath of God. Our Lady of La Salette 19 Sept. 1846 (Published by Mélanie 1879) 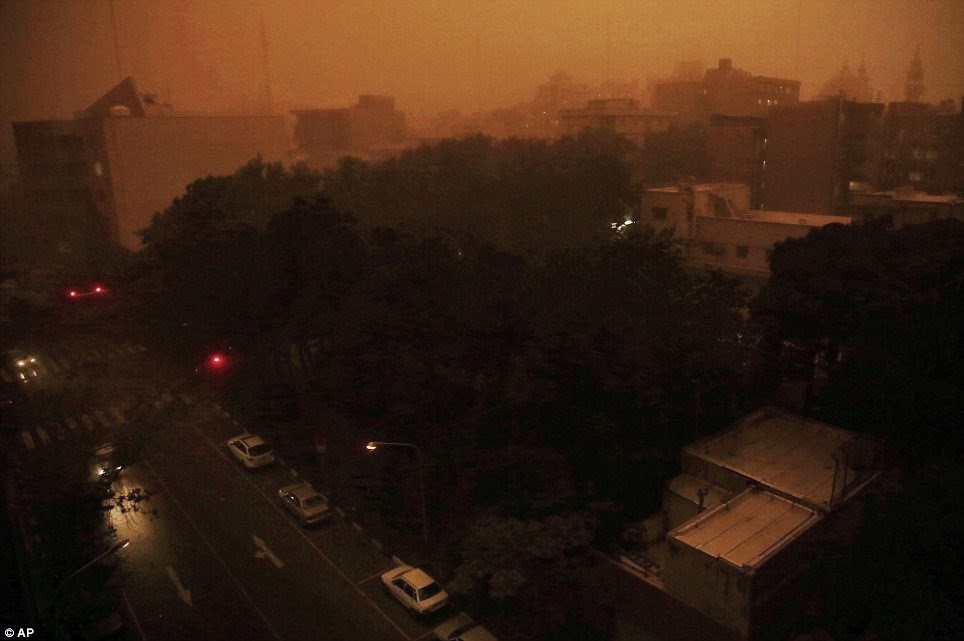 “The seasons will be altered, the earth will produce nothing but bad fruit, the stars will lose their regular motion, and the moon will only reflect a faint reddish glow. Water and fire will give the earth's globe convulsions and terrible earthquakes which will swallow up mountains, cities, etc...Our Lady of La Salette 19 Sept. 1846 (Published by Mélanie 1879) 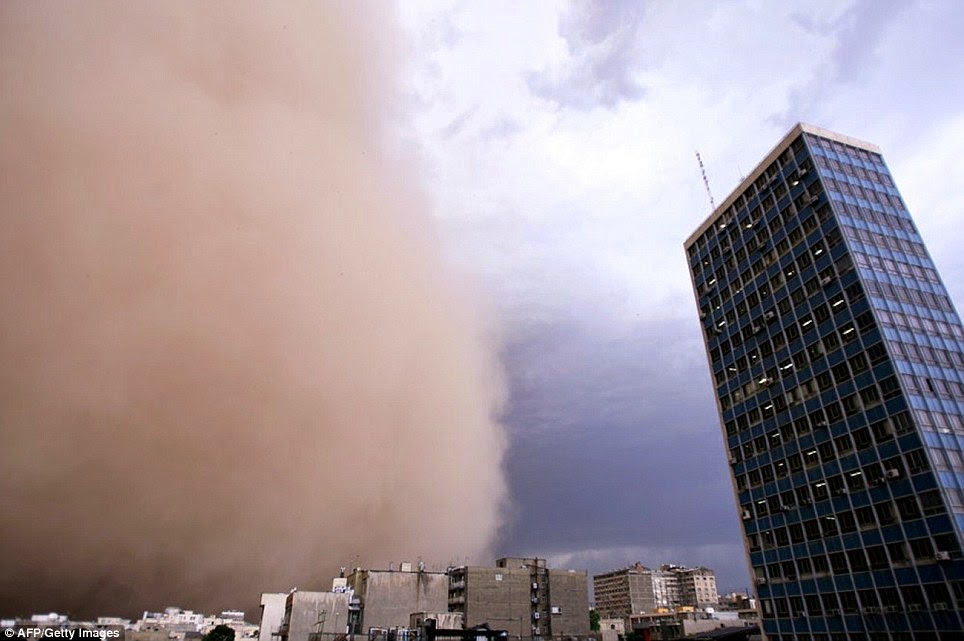 These astonishing photographs show the apocalyptic scene of an 80mph dust storm which killed five people and injured 30 more. The storm struck yesterday in Iran's capital Tehran, blacking out the sun in a swirling cloud for several minutes and tearing down trees. It also caused a chain-reaction crash involving 20 vehicles on a highway south of the capital - and international flights were cancelled. Air traffic controllers diverted several flights and heavy winds also engulfed parts of central Iran, but no casualties were reported there. Children and the elderly, as well as those with heart problems, were told to remain indoors - but some 50,000 homes suffered power cuts. The storm hit at 5.30pm local time (2pm BST), and the temperature fell from 33C (91F) to 23C (73F) as it blew through from the desert. While sandstorms are common in many parts of the Middle East, 'haboob' storms like yesterday's are unusual in Tehran. Daily Mail >>>>>