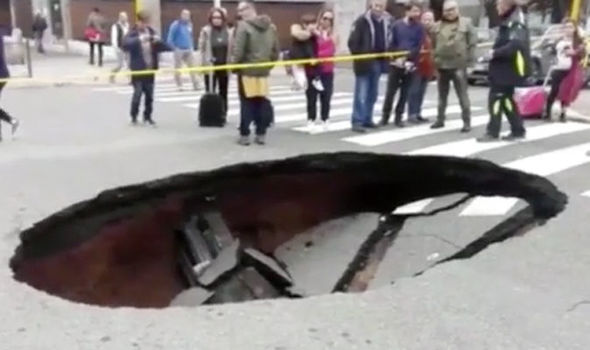 Several cities will be shaken down and swallowed up by earthquakes.Our Lady of La Salette 19 Sept. 1846 (Published by Mélanie 1879)

'Rome collapses' Massive 5-metre sinkhole opens up in middle of Italian city street
The huge crater, five metres deep and three metres in diameter, appeared on Wednesday morning in the Montagnola district. Enzo Foschi was one of the first politicians to post a picture on social media, saying: “Luckily at that moment no one was crossing the street and no one got hurt. “Rome collapses and mayor Raggi says everything is all right." There was no immediate reports of injuries after the giant sinkhole opened up, according to local reports.  Source