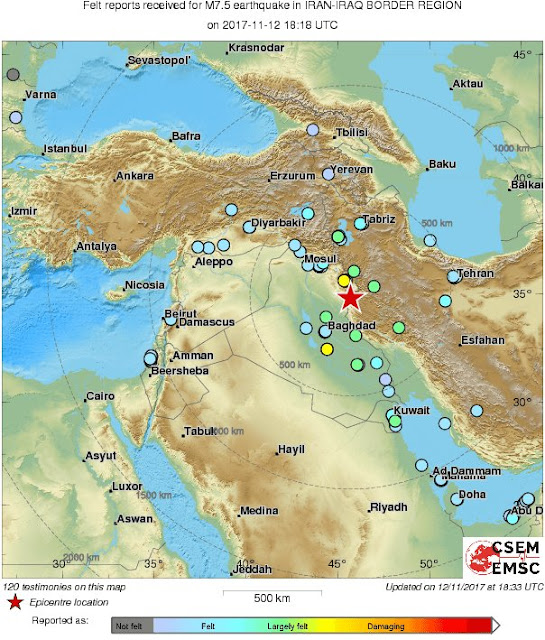 A 7.3 magnitude earthquake has struck Iraq, southeast of the city of As-Sulaymaniyah on the border with Iran. Six people have been killed, according to Iranian state TV. Dozens more were reportedly injured. The epicenter of the quake was located some 25 km below the surface, according to the USGS. The earthquake was initially reported by the USGS as being of 7.2 magnitude. At least six people were killed and scores injured in the western provinces of Iran, according to state TV. At least 50 people were injured in the town of Darbandikhan in Sulaymaniyah province alone, spokesperson for the suburban districts, Iqbal Mohammed, told Rudaw.  Source