Pope Francis' Laudato Si Church VERSUS AI Way Of The Future Church! What? 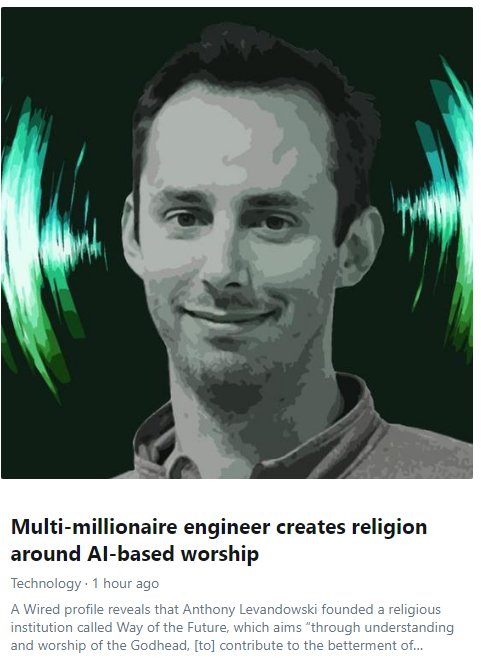 
Two churches built to sacrifice to demons of the Darksome Atmosphere are in competition?

I didn't think the Laudato Si had anything to worry about.

Well looks like Satan's kingdom is divided once again.....

A former executive at Google has filed paperwork with the IRS to establish an official religion of technology. This religion doesn't just worship scientific progress, but artificial intelligence itself, with the goal of creating a godhead. The new church of AI will aim "to develop and promote the realization of a Godhead based on artificial intelligence and through understanding and worship of the Godhead [to] contribute to the betterment of society," according to IRS documents. The non-profit religious organization would be called "Way of the Future" (WOTF). According to the website (wayofthefuture.church), the movement is "about creating a peaceful and respectful transition of who is in charge of the planet from people to people + 'machines.'" "Given that technology will 'relatively soon' be able to surpass human abilities, we want to help educate people about this exciting future and prepare a smooth transition," the site explains. "In 'recent' years, we have expanded our concept of rights to both sexes, minority groups and even animals, let's make sure we find a way for 'machines' to get rights too." Source

This battle will be interesting to watch