Pope Rebukes Climate Deniers: Those Outside the Laudato Si Church Are PERVERSE! 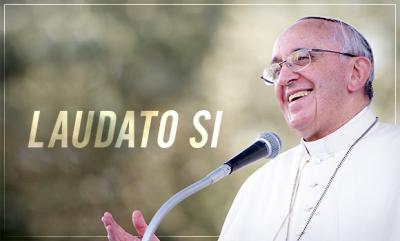 Those Outside the Laudato Si Church Are PERVERSE!

VATICAN CITY (AP) — Pope Francis on Thursday rebuked those who deny the science behind global warming and urged negotiators at climate talks in Germany to avoid falling prey to such "perverse attitudes" and instead accelerate efforts to curb greenhouse gas emissions. Francis issued a message to the Bonn meeting, which is working to implement the 2015 Paris accord aimed at capping global emissions. In it, Francis called climate change "one of the most worrisome phenomena that humanity is facing." He urged negotiators to take action free of special interests and political or economic pressures, and to instead engage in an honest dialogue about the future of the planet. Francis didn't cite any countries by name, but the United States has announced it is withdrawing from the Paris accord, and President Donald Trump has nominated several people in his administration who question scientists' conclusions that human activity is behind the global rise in temperatures. At the same time, the U.S. administration has promoted the use of fossil fuels like coal for U.S. energy needs. In his landmark 2015 environmental encyclical, Francis said global warming is "mainly" due to human activity and he called for fossil fuels to be progressively phased out without delay. In his message, the Argentine pope denounced that efforts to combat climate change are often frustrated by those who deny the science behind it or are indifferent to it, those who are resigned to it or think it can be solved by technical solutions, which he termed "inadequate." "We must avoid falling into these four perverse attitudes, which certainly don't help honest research and sincere, productive dialogue," he said. Source