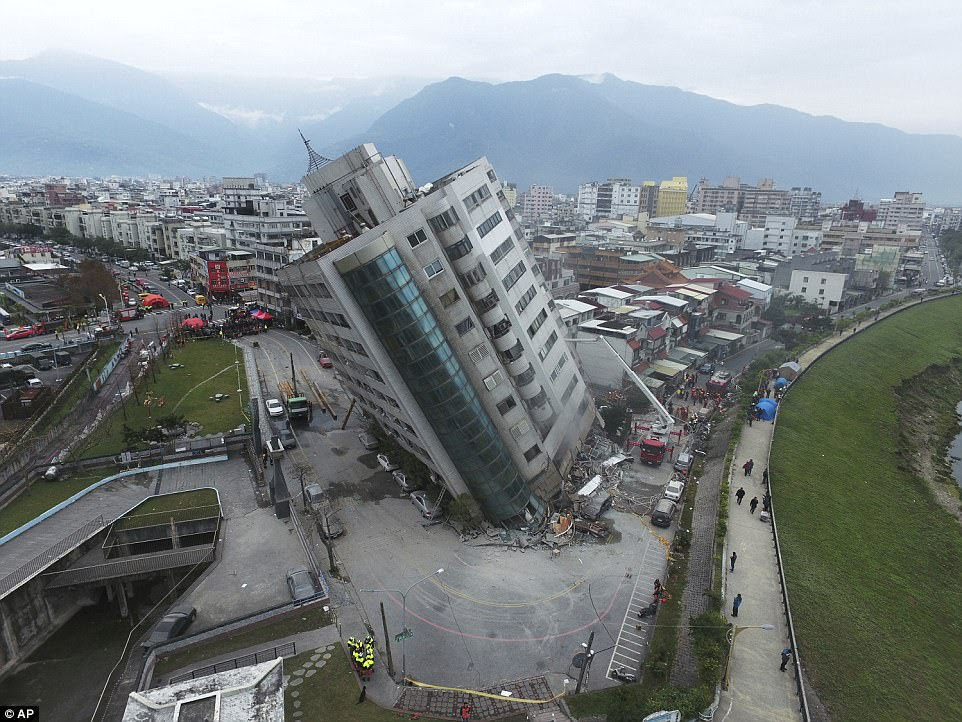 The Taiwan Lawmakers were instead met by Vatican offcials.

Five lawmakers from Taiwan's "foreign affairs and interior committees" left on February 3, hoping to have an audience with the pope, AFP reported. The group turned out to have an appointment with a Vatican official instead, who told the Taiwan lawmakers that their current dialogue with the Chinese mainland mainly focuses on ecclesial issues, such as the appointment of bishops, Taiwan's Central News Agency reported. Source

What followed the Pope's refusal?


BREAKING NEWS: Taiwan is hit by 5.7 magnitude earthquake a day after 6.4 quake killed seven people and left scores unaccounted for

Taiwan has been hit by a 5.7 magnitude earthquake on the eastern coast of the island - just a day after a powerful quake killed seven and left rescue workers scrambling to free trapped survivors from buildings that caved in.   The government said the earthquake took place late on Wednesday near Hualien, the same area as Tuesday's quake.  The U.S. Geological Survey said the latest quake was 21 km northeast of the city at a depth of 11 km.  At least seven people were killed and 67 were still missing from the earthquake in the popular tourist city of Hualien as of late Wednesday, the government said in a statement.   Rescuers are working to free those trapped after the quake caused several buildings in in worst-hit Hualien county to cave in and tilt dangerously.   Source 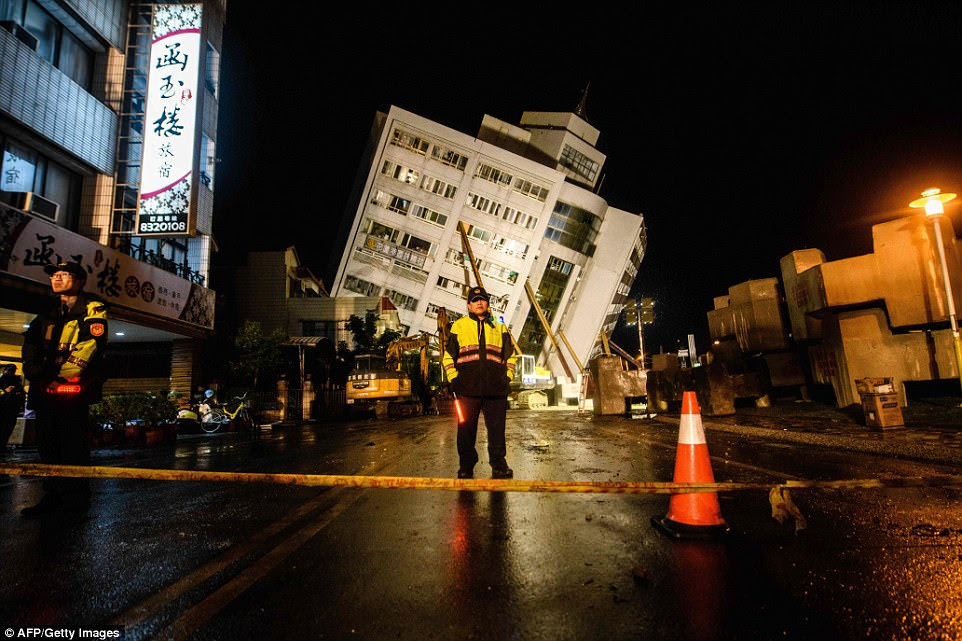 Vatican City, Feb 7, 2018 / 05:24 am (CNA/EWTN News).- After a massive earthquake and a string of aftershocks in Taiwan killed at least seven and injured hundreds more, Pope Francis Wednesday sent a telegram assuring of his prayer for the victims and those engaged in rescue efforts.

Signed by Vatican Secretary of State Cardinal Pietro Parolin and addressed to Bishop Philip Huang Chao-ming of Hwalien, the Feb. 7 telegram expressed the Pope's solidarity “with all those affected by the earthquakes in Taiwan these past days.”

“As he encourages the civil authorities and emergency personnel engaged in rescue efforts, His Holiness willingly invokes upon all the Taiwanese people the divine blessings of strength and peace.”

The Pope's telegram was sent after a 6.4 magnitude earthquake struck the East China Sea just 13 miles north of the Taiwanese city of Hwalien late Feb. 6.

Tremors were felt as far north as the capital city of Taipei, which sits roughly 74 miles from Hwalien. At least 15 aftershocks followed, measuring as high as 4.8, and could still be felt Wednesday morning.

According to CNN, at least seven people have been killed and some 258 injured, with dozens still missing. Extensive damage was done to city structures such as buildings and bridges, with many either collapsing or being held up by makeshift beams.

As aftershocks continued to rock the island Wednesday morning, some 600 military personnel and more than 750 firefighters were deployed to comb through rubble to look for survivors and help with rescue efforts. Source

His Holiness Pope Francis wishes to express his solidarity with all those affected by the earthquakes in Taiwan these past days, and he offers the assurance of his prayers for those who have lost their lives and for those who have been injured. As he encourages the civil authorities and emergency personnel engaged in rescue efforts, His Holiness willingly invokes upon all the Taiwanese people the divine blessings of strength and peace. Source