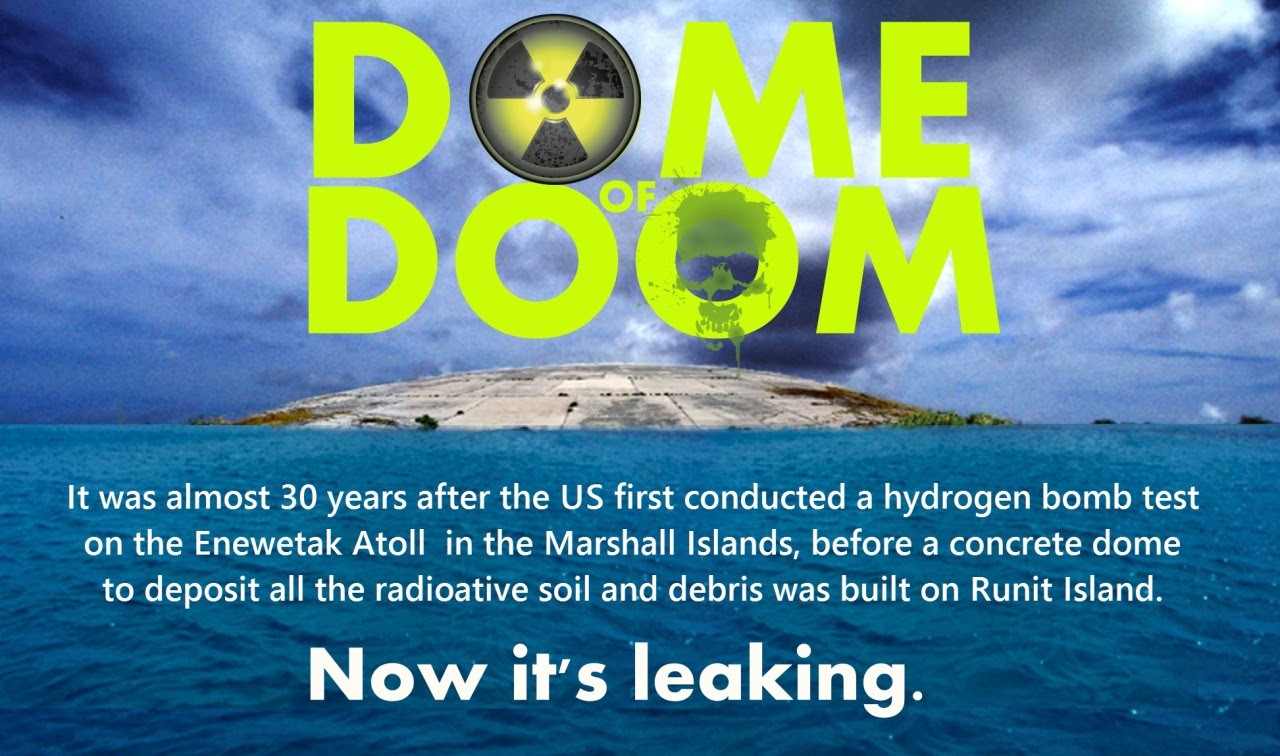 The Enewetak Atoll was used by the US government to test 30 megatons of weapons – equivalent to 2,000 Hiroshima blasts – between 1948 and 1958. More than 8,000 people would later work to clean up these Pacific islands, shifting 110,000 cubic yards of contaminated soil and debris into a blast crater. This 30-foot-deep crater on Runit Island, north-east of Australia, would then be entombed in a concrete dome. Source