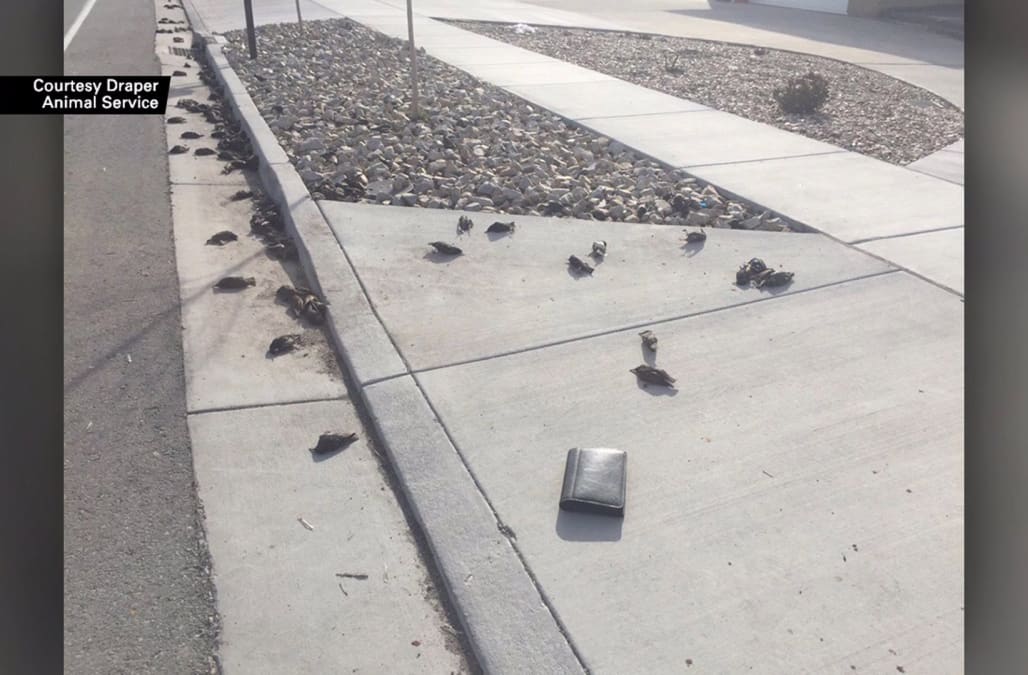 DRAPER, Utah (KSTU) – More than 200 birds fell from the sky onto a Draper street Monday, leading residents to wonder what caused this mass avian accident. “It’s one of the rarest things I’ve ever heard of,” said Sergeant Chad Carpenter with the Draper City Police Department. “As I was driving, these birds were just falling out of the sky,” said Draper resident, Lacey Brown as she was driving down the street on 300 East in Draper. “They were all on the ground right around here and on the roadway,” Brown said, “They were just falling out of the sky like leaves,” she added. But they weren’t leaves, they were hundreds of small birds called starlings. Source

"I protest highly against a different text, which people may dare publish after my death. I protest once more against the very false statements of all those who dare say and write First that I embroidered the Secret; second, against those who state that the Queen Mother did not say to transmit the Secret to all her people." Mélanie
at February 04, 2018