The Fire Of Heaven Will Fall And Consume Three Cities: Valparaiso, Chile 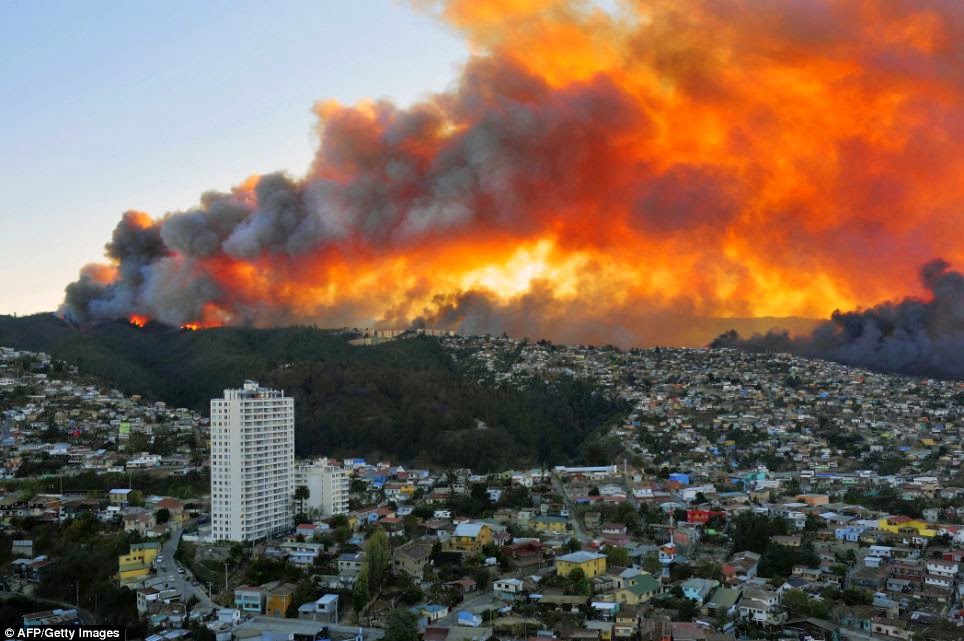 The fire of Heaven will fall and consume three cities. All the universe will be struck with terror and many will let themselves be lead astray because they have not worshipped the true Christ who lives among them. It is time; the sun is darkening; only faith will survive. Our Lady of La Salette 19 Sept. 1846 (Published by Mélanie 1879)


12 April 2014 A huge forest fire raging in a Chilean city has claimed eleven lives and destroyed 1,000 buildings. Eleven deaths have already been confirmed as the catastrophic fire continues to engulf the port city of Valparaiso. The armed forces have been called in to maintain law and order in the city while thousands of people were evacuated amid warnings that the death toll will rise further.Huge numbers of homes - many in the steep hills around the city itself - as well as a women's prison were emptied of their residents in a bid to save them from the destruction. Firefighters were having difficulty combating the blaze because of the topography of the city, which is surrounded by dozens of steep hills where most people live. Daily Mail Read More>>>>