Ecuador’s Tungurahua Volcano Ejects Ash Cloud 32,000 Feet In New Eruption: Fire In The Interior Of The Earth Will Rage Violently And Cause Terrible Earthquakes 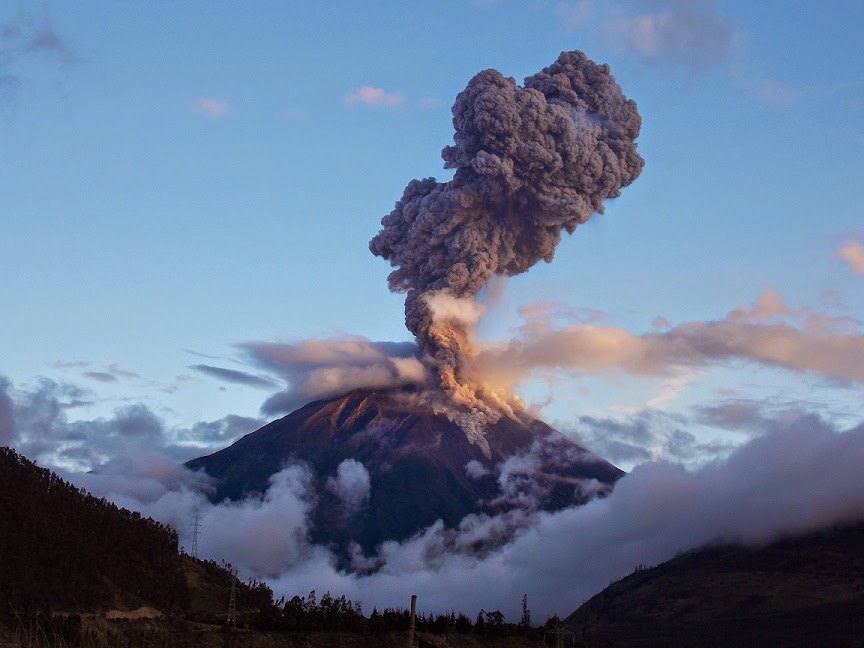 The volcano entered a new vigorous eruptive phase yesterday evening. A moderately strong vulcanian explosion occurred at 18:10 (local time) and produced an eruption column rising several kilometers as well as small pyroclastic flows on the cone. The eruption plume (originally estimated to have reached up to 50,000 ft / 15 km altitude, but probably much lower than that) drifted to westerly directions. Ash / lapilli fall with 1-3 cm diameter clasts occurred in the areas of Bilbao, Choglontus, Chacauco and Cusúa. The explosion, which likely cleared the conduit from a solid plug was followed by frequent, smaller explosions accompanied by a constant tremor signal of high energy. When the volcano was not hidden in clouds, the expulsion of incandescent blocks that rolled down the upper flanks, and steam-gas-ash emissions could be observed. Individual stronger explosions also occurred intermittently, some of which rattled the windows and doors of the Tungurahua Volcano Observatory (OVT), located 14 Km northwest. Volcano Discovery