Element Of Fire Destroys More Than 1,000 Homes In Manila Slum 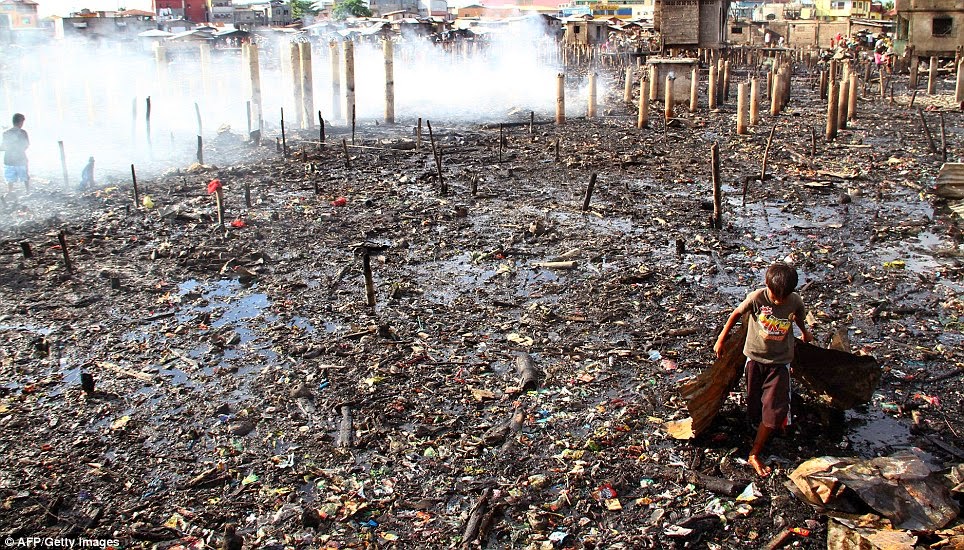 Physical and moral agonies will be suffered. God will abandon mankind to itself and will send punishments which will follow one after the other for more than thirty-five years. Our Lady of La Salette 19 Sept. 1846 (Published by Mélanie 1879)


This is the scene of devastation caused by fires which ravaged more than a thousand homes as they swept across slums in Manila in the Philippines leaving hundreds of families homeless in a single night. Families caught in the blazes can be seen sitting inside the rubble of their gutted homes with nothing left but scraps of metal and charred possessions. One fire was started by a lit candle in the house of Tisay Mohammad at Isla Verde in his house in Boulevard village, while another started in a shantytown in Punta, Sta. Ana, destroying at least 1000 homes and displacing hundreds of families. The fires were thought to have spread very quickly because many houses in Manila are made of wood, and are built very close together, making them an incredibly flammable fire risk. Miraculously, there have been no reported casualties among the districts affected by the fires, as hundreds of people who were affected were evacuated to Quezon Elementary School. One of the fires that reduced a community to ash lasted for five hours before the fire department managed to extinguish it with a specially designed task force. Daily Mail