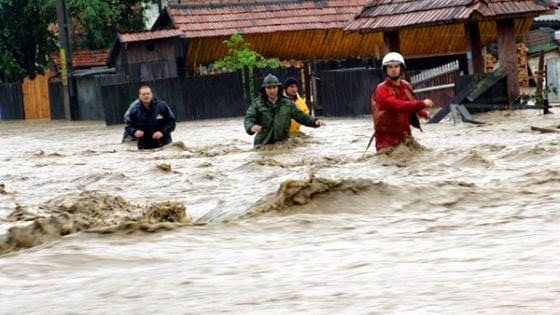 22 April 2014 (ACT) Minister of Interior, Deputy Prime Minister Gabriel Oprea, on Monday stated that four of the persons who went missing in the areas hit by the recent floods were found dead and also that the number of localities affected decreased from 86 down to 35 in the past few hours. 'It is unfortunate that, following voluntary actions, people lost their lives, after they ignored the big risks they were facing, but also the warnings of the authorities and locals. Among the people who were initially declared missing, following the extended search missions that we conducted, four were found dead, which is very unfortunate, ' said Oprea at the emergency task force meeting at the headquarter of the MAI (Ministry of Administration and Interior), in which participated including Prime Minister Victor Ponta. Moreover, Oprea announced that 'the number of localities affected by the floods dropped from 86 down to 35, in part because due to the improved weather conditions, but also as a result of the interventions conducted this morning by the teams of firefighters, policemen, gendarmes and border policemen. According to the Deputy prime Minister, the MAI has more than 1,500 people deployed right now in the counties hit by the floods, with 'their main mission being to support the population [...] and the communities to return to normality.' 'The number of search and rescue missions of people in danger reached up to 576, while the number of operations to evacuate people from their homes exceeded 730,' specified Oprea.