It Will Rain With A Fearful Hail Of Animals: Horrifying! Dead And Injured Cattle Lay In A Field Near Vilonia, Arkansas 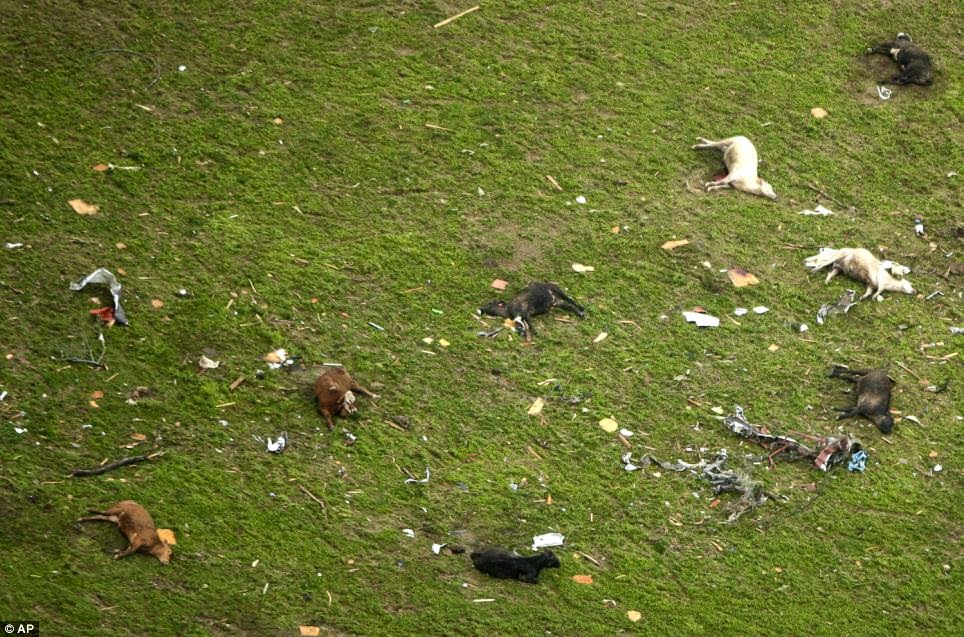 The destruction being wreaked by a series of tornadoes across the south was laid bare on Monday by images of a horrifying trail of dead and injured farm animals tossed aside by twisters. The images emerged from Arkansas as another series of tornadoes hit Mississippi, Alabama and Tennessee on Monday night, part of a powerful storm system that has threatened large areas of the South with more twisters, severe thunderstorms, damaging hail and flash floods, authorities said. As the storm swept across a large part of the U.S., the overall death toll was at least 28, with 11 killed in the South on Monday and 17 in the central region on Sunday. On Tuesday morning, many woke to sirens, tornado warnings, damaged property and downed trees. Forecasts showed Georgia as the next likely target, with 89 counties under a tornado watch until 11 a.m. Alabama, Mississippi and Tennessee were hit with the brunt of the storm Monday.Daily Mail Read More>>>>>>>